Fresh off of getting his spending spree card punched for two more years by his low-information Wake County constituents, “Little Lord” 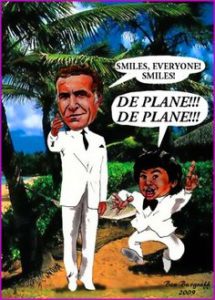 The N&O’s Colin Campbell — apparently taking a break from GAY STUFF !!!!™ — has the story:

House legislators agreed Tuesday to use $8.7 million in transportation funding to replace a rundown plane used by the State Bureau of Investigations – despite concerns from some that the budget shouldn’t take money intended for roads.

But it’s no longer in condition to fly. The plane’s brakes and landing gear failed during flights, and a fire filled the cockpit with smoke. An SBI spokeswoman told the N.C. Insider that attorney general Roy Cooper – who until recently oversaw the agency – had “ignored the problem and provided no assistance.” Cooper’s office said other spending ranked higher than the plane during lean budget years.

Most legislators on the House Appropriations Committee agreed that a new plane should be a priority in this year’s budget. But some said budget writers shouldn’t take the money from transportation funding. After years of using road dollars for other purposes, the legislature agreed last year to stop those transfers. That change has allowed the state to speed up road projects.

“I am very concerned about it being taken away from the roadway maintenance fund,” said Rep. Chris Millis, a Pender County Republican. “I think th

at heading down this direction is definitely a slippery slope. I would humbly ask that we find other types of state money.”

But supporters of using transportation money for the plane said they won’t make a habit of such transfers. And they said they hope to find another funding source for the plane as the final budget is negotiated with Senate leaders.

“We are not going down a slippery slope,” said Rep. John Torbett, a Gaston County Republican. “This is nothing other than seeing a need one time.”

Soooooooo — pledging to never, never, ever, ever ever  take money from the roads fund to pay for non-related stuff and then trying to DO IT in order to do a solid for the ol’ Guv ISN’T a “slippery slope” ?  Actually, it’s more like a waterfall or a really tall waterslide.   It’s bald-faced lying.

And remember, we’re getting financial AND ethical advice and reassurances here from a guy (Torbett) who, um, “forgot” to fill out and turn in his campaign finance reports.

[…] But Rep. Grier Martin, a Raleigh Democrat, said that’s a hard promise to make. When the budget gets tight, he said, “we go looking for the biggest pot of money around. … That’s how it always starts. The first hit is always free.”

Rep. Nelson Dollar of Cary, the House’s senior budget writer, said the SBI plane must be included in the budget bill. “The current craft is not flying, and it is a unique aircraft for which there is no replacement or substitute available to the SBI at this time,” he said. 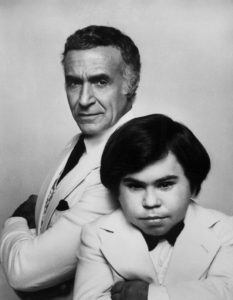 If the funding survives budget negotiations, the SBI plans to buy a Pilatus PC-12 NG Spectre, which is designed for law enforcement investigations and surveillance missions.

The full House is scheduled to vote on the entire $22.225 billion on Wednesday.

A “unique aircraft”?  Are we talking Wonder Woman’s invisible jet, or that thing the X-Men fly around in, or that cool Russian plane Clint Eastwood stole in “Firefox”?

It’s a sad day when the Democrat caucus is sounding more conservative than the Republicans.  (Though, would they be fighting this if the SBI were still in the hands of a Democrat attorney general?)

Good news, though.  Lord Nelson’s plan to take road money to pay for the plane got deep-sixed in the House today.  If it had passed, it certainly would have been another slap in the face of those people in Mecklenburg County who are going to be paying tolls on I-77 because, um. there’s not enough money for road repairs.