Politicians these days are all crowing about being “job creators.”  Gov. Pat McCrory has emptied out the corporate welfare accounts at the

Department of Commerce, and he’s coming to us (and our legislators on Jones Street) looking for $45 million more.  In the wake of expensive debacles like Chiquita in Charlotte and Dell in Winston-Salem, there has GOT to be a better way to jump-start the North Carolina economy.

Well, there’s a guy in the North Carolina House named Chris Millis (R-Pender) — who, by the way, impresses me more and more as I get familiar with him — who may be on to something.  He’s introduced the Intrastate Private Capital Act — an effort aimed at loosening the regulatory grip on local investment in local businesses.   Here’s how Millis pitches his legislation:

For some time now, we have all read, seen, or heard elected officials talk about “creating jobs,” “economic development,” and “incentives.”  While these political talking points are often touted — as citizens, we should immediately ask the elected official what exactly is it that they mean by the phrase of “creating jobs,” what exactly is it that they mean by “economic development,” as well as the word “incentive.” These blanket statements involving economic policy can reflect a multitude of different policy approaches and we all need to be very careful to respect our individual liberties and a government limited to its proper role.

Repeatedly, I have made it known publicly what I mean when I utilize the words and phrases mentioned above: that government can “create the environment” for jobs to grow, but when it uses the power of law to take from one individual for purpose of government, and then attempts to directly “create jobs” with our hard-earned money, it is harmful to the citizen. Harmful due to the fact that while some jobs are being “created” by the government; net jobs are being lost for individuals. I have been clear with the public that it is you who creates “net” jobs — not government. This same line of thinking also applies when I approach the word “incentive.” For I am very supportive of incentivizing individuals, employees, and employers to have greater opportunities to prosper by involving our constitutional powers related to one’s tax burden, unnecessary/unwarranted regulations, effective infrastructure promoting the free movement of people, goods, and services, and quality educational opportunities. 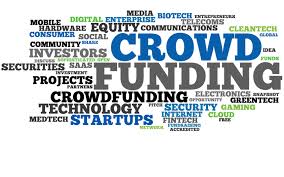 This stance is in stark contrast to those political figures who mean “incentive” by way of the act of taking from one citizen or business owner and giving their hard earned money to an individual or business they deem worthy; therefore shifting the tax burden from one to another, distributing wealth, and potentially forcing the funding of a business competitor through the power of government. Again, we must vet and be careful by what is meant by these phrases.

As a result of all of this dialogue, the North Carolina Intrastate Private Capital Act that I have introduced incentivizes, creates an opportunity for jobs to grow, and advances opportunity for the economic development of North Carolina by way of the very principles that I have established above; principles that have been proven by economic theory, application, and history to lead to greater economic outcomes than government intrusion.

House Bill 63 seeks the much needed relief from Federal regulations that allows North Carolina citizens to invest in North Carolina businesses; therefore allowing you to choose how to spend your own money in the cause of economic development instead of politicians and bureaucrats.[…]

Millis’s bill is a take on the popular source of business financing called “crowdfunding.”  Another bill, authored by Rep. Brian Brown (R-Greenville), called The Jobs Act is also under consideration by the House.  But it’s Millis’s bill that is winning all kinds of praise from finance types deeply familiar with the practice of crowd-funding, including one Thomas Vass, a Raleigh-based leader in the crowd-funding sector:

[…] In the last session of the North Carolina General Assembly, which ended in July 2014, a crowdfunding bill titled The North Carolina JOBS Act got tangled up in end-of-session political intrigue, and was defeated as a part of a broader conservative attack on the issue of renewing industrial recruitment incentives.

The JOBS bill in North Carolina was built upon a template that has been used in other states, notably Georgia, and the template had a number of flaws that were picked up and incorporated into the legislation in other states. The flaws in the Georgia crowdfunding act were examined in a series of articles I published in late 2013 here on Crowdsourcing.org.

The template does not designate a state agency administrative enforcement mechanism to monitor or enforce the law on how much capital a non-accredited investor invests.

The regulatory burden for making this determination is shifted to each company CEO, who is required to ask the potential investor how much they may have previously invested in any other company. The CEO absorbs the civil and criminal liability for making a mistake in calculating how much capital a non-accredited investor may have invested in any single year.

While the template has been used over and over again in 14 different states, it is not clear that the proponents in North Carolina are coordinating their use of the template with outside political or financial interests that have promoted the template in other states.

The benefits of crowdfunding can be placed within the context of a public policy mission that supports regional economic growth in North Carolina’s eight metro regions. That bigger public policy mission of crowdfunding can be connected to private capital investments to North Carolina’s economic strategy of technological diversification and innovation, in both new ventures and existing operational small firms that need small amounts of capital to grow.

These smaller firms are primarily small manufacturing companies in each metro region that employ fewer than 20 workers. Generally, the smaller firms are connected to bigger firms through an intricate network of supply chains and logistics. The bigger firms usually connect to global supply chains, which is how smaller North Carolina firms eventually benefit from international trade.

A better alternative for North Carolina crowdfunding is being introduced by Representatve Chris Millis, of Pender County. […]