Everywhere I hear the sound of marching, charging feet, boy
‘Cause summer’s here and the time is right for fighting in the street, boy
Well what can a poor boy do
Except to sing for a rock ‘n’ roll band
‘Cause in sleepy London town
There’s just no place for a street fighting man 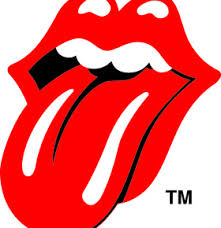 Hey! Think the time is right for a palace revolution
‘Cause where I live the game to play is compromise solution
Well, then what can a poor boy do
Except to sing for a rock ‘n’ roll band
‘Cause in sleepy London town
There’s just no place for a street fighting man
No

Hey! Said my name is called disturbance
I’ll shout and scream, I’ll kill the king, I’ll rail at all his servants
Well, what can a poor boy do
Except to sing for a rock ‘n’ roll band
‘Cause in sleepy London town
There’s just no place for a street fighting man
No

The GOPe publicly stuck it to congressman Mark Meadows.  And from what I’m seeing, the man representing our state’s 11th district is not taking the old forgive-and-forget, water-under-the-bridge route:

A conservative House lawmaker angry at “a culture of punishment and fear” created by Speaker John Boehner and his leadership team has had enough.

“For the last six months they have doled out small punishments in a variety of forms,” said Rep. Mark Meadows of the conservative House Freedom Caucus.

“I personally have received those. I have not gone public until now—because they went public first. The leadership team wants to create a culture of punishment and fear without a culture of debate and dialogue. But there is no honor in bowing to a bully. There is only honor in fighting a good fight—win or lose. This is not a fight I will back down from.” […]

(*pause to wipe tear from eye and then give standing ovation.*)  A-MEN.

Meadows, in an interview with The Daily Signal, hinted that the response would be aggressive.

“My punishment has nothing to do with job performance,” said Meadows, adding that his vote against the procedural rule on trade was the first time he had voted against such a motion.

“I was given the option of resigning. But I felt like resigning would be admitting that I did something wrong, when all I did was vote with my conscience. This is designed to intimidate and humiliate me and I wear that as a badge of honor. It is a badge of honor to stand for freedom.”

There has been a suggestion that I should keep quiet and mind my manners for several months and then I will be given an opportunity to receive some of the benefits leadership allows. But if we allow ourselves to be bullied in the House of Representatives, how will we stand for Americans being stripped of their freedoms?

This past weekend, in an interview with Politico, Chaffetz, using a sports reference, compared his action against Meadows to how a coach “needs to make a change on the field.”

Today, Meadows turned that reference around—directing his ire at Boehner.

Okay. I have a few questions.  First, where is the NCGOP leadership on this blatant act of disrespect toward one of their party’s — and state’s — leaders in Congress?  Where is the rest of the Republican delegation to Congress on this?

Jesse Helms thumbed his nose at the RNC, the NCGOP, and the DC establishment.  He got 30 years in Washington out of it.  There are an awful lot of people out here who are sick of the nonsense running amuck in Washington.  They are starving for someone to be a leader, to stand up and shout “Hell, NO.”

Where is our Mr. Smith?  Perhaps we have found him in Mr. Meadows.