It looks like we have quite a food fight brewing among Republicans representing the Greensboro area.

Check out this email sent by Rep. John Blust (R) to his colleagues in the lower chamber on Jones Street:

From: Rep. John M. Blust
Sent: Tuesday, June 23, 2015 11:24 AM
To: @House/Republican/Members
Subject: S36/H263
I am writing in reply to an email sent out by the caucus from Rep. Hurley concerning her bill, H263. I voted for this bill when it simply covered the town council of Trinity, mainly out of deference to Rep. Hurley whose district includes that area, on the assumption that local representatives know more about the goings on and the needs of their local communities than members from other districts.
Now, unfortunately, the Senate has added the provisions of S36 to Rep. Hurley’s bill and it is thus much more of a Greensboro city council bill than a Trinity town council bill. S36 passed the Senate in March. It was scheduled for hearing once in the Election Laws committee and Rep. Hardister and I were prepared to offer some amendments and felt we clearly had majority support for these amendments. The primary amendment is simply to put the proposed changes to the Greensboro City to a public vote.  That should not engender controversy. This is the proper legislative procedure and the House should have the right to weigh in on bills of significance to those we represent. For some reason, the bill was pulled and now almost three months have passed. We still have the vehicle of S36 to take care of the Greensboro issues and respectfully ask that we vote not to concur now on Rep. Hurley’s H263, let it go to conference where the Greensboro issue can be taken out and that the House then go forward to move S36. This is the fairest outcome for all House members involved her and represents the right way to do business.[…]

Much inaccurate information has been put out there about the issue of the Greensboro City council.  This information is deceptive because much of it contains a kernel of truth but is either embellished or important facts are left out. I am not accusing Rep. Hurley of this as I believe she is simply being fed the incorrect information.
First of all, there is the claim that “referendums have not worked in Greensboro for 30 years because the Council does what 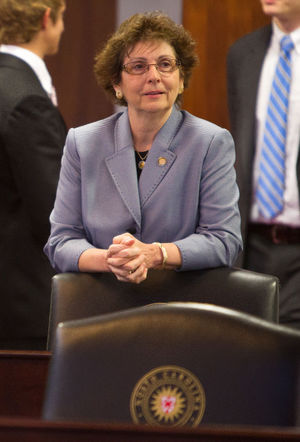 ever they please.”  The referendums mentioned here were all held more than 30-40 years ago. The referendums were between going to districts instead of being all at-large. Voters like me favored at-large and I can still remember my mother remonstrating against the “ward system.” In the 1070’s and early 1980’s, voters of Greensboro chose to keep all at-large rather than go to all districts. The African-American community cried racism. Finally, in 1983-1984, city leaders who favored at-large compromised with those who favored districts and passed the current hybrid system of three at-large, a mayor at large and five districts. There was a committee that worked out this compromise, which has been in place ever since. There was no outcry against it at the time and there hasn’t been appreciable agitation to change this until now. In fact, this issue did not come up until December, 2014.
Let me note clearly that I am not asserting that Greensboro has great city government – it is a blue city which elects liberals – and will elect liberals no matter how the council is set up. But as for the current form of government, there has been no public outcry to change things. The bill by Senator Wade has caused enormous public outcry. Even many Republicans I have talked to do not like the idea of the state legislature mandating the council set-up in Greensboro. Former Congressman Howard Coble and current, very popular Sheriff BJ Barnes have publicly called for a referendum on this matter. It is the fairest way to resolve this matter. A vote, by secret ballot, of the public. Supporters of the bill have claimed there is a lot of quiet support for the proposals. Although I have not run across many supporters, even when I ask people in quiet confidence, the fairest thing to do in this situation is to have a secret ballot. It is a contradiction to claim majority support for the proposals and at the same time maintain the people would never vote for it.
Even the claim that there are council members living close to each other is overstated. In maintenance of that claim Irving Park and Starmount are being lumped as the same neighborhood they are not.  Additionally, the at-large members can live anywhere and most voters do not even know the addresses of the candidates when they vote. The claim that five of the nine live in the same district is simply due to the conscious choice of whoever drew the maps of the districts in Sen. Wade’s proposal. Additionally, Greensboro is not that h 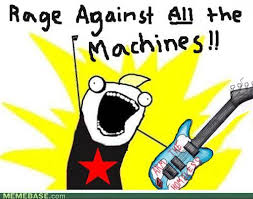 uge of a city geographically.
Sen. Wade announced this matter herself and did not consult with Rep. Hardister or me about the plan at all. We were simply just expected to fall in line or else.
Sen. Wade refused to consider any proposed changes or alternatives to her bill, even when her former principal backer on this – local developer Roy Carroll – asked us to work with her after Rep. Hardister and I met with Mr. Carroll on a Saturday back in February.  By the way, Mr. Carroll is now opposed to the bill.
I have a responsibility to the people of my district not to just fall in line and to use my best judgment. The firestorm that will erupt if this maneuver of putting S36 into H263 and cutting the House out of the process is not worth any potential gain. I sincerely do not see any improvement in city government coming out of these changes, yet we will have the black mark of this process against us and one more instance in which the legislature overstepped and interfered in local affairs. And this time the criticism will be true.
Finally, on a matter of great impact and great public awareness, if the House votes to concur, the House will be going against the wishes of House members who represent 99.9999% of Greensboro’s people. The House will be cutting Rep. Hardister and I out of input on this local bill Greensboro’s only two republican representatives.  How would you feel if we did that on a local bill affecting your district? It is wrong to not allow the representatives of Greensboro’s people in the House have any influence of how the state legislature sets up the government of the city of Greensboro. That is denying the people the government they have a right to under our state constitution and cutting them off from representation.
The course I have recommended will still allow Rep. Hurley to get her local bill enacted. It will also allow Rep. Hardister and me, to have effective input into an important bill that effects those who elected us.     It is the fairest way. It is the right way. I ask that you vote not to concur with Senate changes to H263.