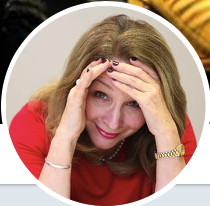 That’s “who” sent this email out this afternoon:

“Horrible News”  is an alias tied to the email account used by NCGOP communications director Jeff (*$#@*!) Hauser.  Just like

the crazy email sent out not too long ago under Dallas’s smiling face and letterhead, this one raises questions like:

I assume they’re talking about The Ninth Congressional District.  HOW DO THEY KNOW the race is “close” when the GOP has not even identified its pool of candidates for the primary or even the party standard-bearer?

Also, why are they raising money now when there are multiple primary candidates?  And how much help do they really think $3 contributions will be against Ginger McCready’s gazillions imported into the state from DC and NY?

Here’s what I think is really going on here.  The NCGOP is — in the words of Kanye West — BROKE, BROKE.   I am hearing

reports of party financial records featuring  some really sketchy math that would likely raise the eyebrows of the biggest Common Core fans.  I am hearing reports from party insiders about how things like paying for Robin Hayes’s airplane and putting all of these do-nothing cronies on the payroll have made it near impossible for assets to keep pace with (or cover) liabilities.  The party treasurer with the record of being repeatedly fined and reprimanded for screwing up financial reporting certainly adds credence to these reports.

What have all those “fundraising consultants” on the party’s campaign finance report been doing ???

All of this from the crew that has spoon-fed us for years about their alleged fundraising prowess.  This kind of email (with higher contribution categories, of course) would have been GREAT during the first time this race was run. You know, the one  Mark Harris won, and a coalition of The Clinton crime family and Roy’s Boys STOLE?