It’s been rare to see something like this in collegial, get-along  Republican Moore County.  But here it is, in a prepared statement from Moore County government:

Senator Tom McInnis and Representatives Jamie Boles and Allen McNeill did not inform the Moore County Board of Commissioners regarding bills they recently sponsored, Senate Bill 190 and House Bill 281, respectively, authorizing the commissioners to create a special tax district for the Woodlake community to pay for dam repairs.

The County has been engaged with the Woodlake community since Hurricane Matthew damaged the dam, which was subsequently breached by the State for the safety of residents.  There have been

Moore County officials sympathize with the daunting situation faced by Woodlake residents; however, there are major complex issues that need to be resolved, including ownership and control of the dam and lake.  It is currently owned by a German corporation, Woodlake CC Corp. 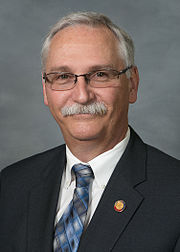 The State of North Carolina has a lien in excess of $1M for the dam breach and could take action to enforce that lien, including foreclosure on the dam.  Moreover, Resident Superior Court Judge James Webb entered a default judgment in favor of Woodlake residents against Woodlake CC Corp owned by the German corporation in the amount of $162.5M, which is now a lien on the property.  There are, in fact, a total of thirteen liens against Woodlake CC Corp totaling $167,327,727.28.  With this total amount of judgments and liens, there is an imminent risk of the owner filing bankruptcy, tying up ownership for several years.  These and other legal matters are complicated and difficult to address.

The cost to repair the dam is substantial, with estimates of at least $9M, but could potentially be significantly more.  In addition to the initial cost of repairing the dam and restoring the lake, there will certainly be recurring costs for ongoing maintenance, repairs, and monitoring.  All of the potential costs need to be identified prior to moving forward.  Additionally, if flood control related to access to Highway 690 is a purpose of the dam repair, as stated by Sen. McInnis, the federal and state government roles will need to be identified. As written, the legislation only allows for a special assessment for dam repair, and fails to address future associated costs.  Furthermore, not all homeowners on Woodlake want to incur an assessment.  Various groups within Woodlake have approached the County with a number of possible solutions ranging from no County involvement to full County involvement, and all of them need to be explored before a final decision is made.

Creating a new tax assessment district and funding the dam repairs would require the County to acquire substantial debt, which would likely negatively impact the County’s recently improved bond rating, causing the County to incur higher interest costs.  Currently, the County has voter approval for issuance of $103M in GO bonds for Moore County Schools, approval for issuance of $20M in GO bonds for Sandhills Community College, has incurred $31M in new debt for the McDeeds Creek Elementary School, and will soon be incurring new debt for additions and renovations to North Moore High School.  Additionally, the County is mandated by former Chief Justice Sarah Parker to construct a new court facility, which will require the County to incur millions more in debt.  The County was very fortunate to receive an improved bond rating for the upcoming GO bond issuance and is very reluctant to add further debt beyond what is planned and has been discussed with the rating agencies.

County officials do not want to set a precedent as there are various dams in private communities that could be in need of repair, nor do they want to set a precedent that when any privately owned entity runs into trouble, the County taxpayers will come to the rescue.  The County has received similar requests for County funding and/or County involvement for projects ranging from street/roads, golf courses, and private businesses.

Given the issues presented by the current unresponsive foreign owners, the many unresolved legal intricacies, the unknown repair and ongoing maintenance costs, the potential negative impact on the County’s bond rating for incurring debt beyond what is already planned, and the many other still unknowns, it is regrettable that the local legislative delegation did not consider the County’s concerns before sponsoring the subject bills, nor inform County officials of plans to do so.

The County is supportive of the Woodlake community’s efforts to incorporate and feels incorporation is the better direction to pursue at this time.

All of these complex issues create major obstacles that make the legislation premature.