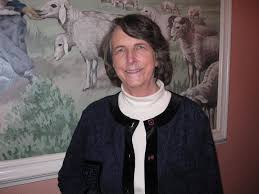 Tne first day of filing ended with confirmation of a Republican primary.   (Libertarian Jeff Scott, who was in the 2018 edition of this race, also returned to the fold.)

Former state Rep. (1994-2002) and state senator (2002-2004) Fern Shubert of Union  County has thrown her hat into the ring for the sequel to the Ninth Congressional district race.  Shubert was a strong conservative voice while in Raleigh, and rose to the rank of Senate minority whip.

She was a harsh critic of then-senator Robert Pittenger’s ethics,  and has found herself frequently at odds with current NCGOP chairman (and former state House member) Robin Hayes.

Since leaving the legislature, Shubert has  made unsuccessful runs for governor (2004) and state auditor (2012).   She’s been an anti-tax activist in her home region.   She’s also worked as an interim town administrator and a CPA.