I know that may come as a shock for some of you.

We’ve never been big fans of Richard Hudson.  He was plucked from obscurity, as a longtime NC and DC GOP gofer / lieutenant / underling to take on Democrat Larry Kissell in the 8th district in 2012.   Robin hHayes and Eric Cantor bankrolled him.  Karl Rove and John Boehner ran ads and promted him.   Hudson even invented a fictitious business so he could campaign as a “small businessman” as opposed to a “career political operative.”

Here’s his record, as evaluated by Conservative Review.  An unimpressive D rating.  Instead of questioning the leadership’s straying from their Tea Party mandate, Hudson went along, seeking an NRCC and House caucus leadership post.  He talks the Tea Party game, but has been there when Boehner, Cantor and McCart 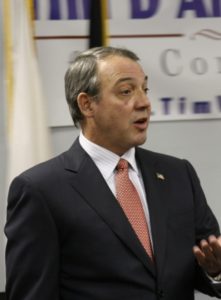 y needed him.  In a recent interview, Hudson stressed that his new constituents should back him because he reaches across the aisle to “get things done.”  Obama, he bragged, actually signed TWO of his bills.  *Wasn’t that nice?*

Actually, the voters made it clear in 2010, 2012, and 2014 that they were looking more for WRECKING BALLS than guys and gals who “get things done.”

I am not sure Hudson shares our concern that the federal government is too big, too intrusive, and does more harm than good.

I am feeling pretty good that Tim D’Annunzio DOES.  He’s a successful, self-made multimillionaire.  He pulled himself up from a rough upbringing — via the US Army — to become a regional success story.

There is some ammo for critics to use against D’Annunzio.  He has a reputation for being hard to get along with.  Question:  Are you looking for a best friend, or are you looking for someone to go to DC and knock some sense into those people?

The Hudson team sent out a nasty mailer that highlighted — and exaggerated — D’Annunzio’s brushes with the law TWENTY-ONE and FORTY-PLUS years ago.  Decades ago, he successfully beat back a drug addiction.  Almost fo 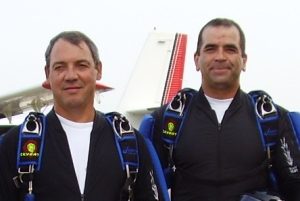 rty years ago — as an 18 year old — he earned himself a three-month stay in his county’s jail.

Team Hudson and Robin Hayes also leaked pieces of the files from D’Annunzio’s 1995 divorce, which included a bitter fight over child custody. Of course wild allegations will be batted about in a case like that.

People make mistakes.  Some of those are worse than others.  The offenses themselves are not as important as HOW THEY ARE REACTED TO OR DEALT WITH.    It appears, from all indications, D’Annunzio has bounced back nicely from some bad decisions he made DECADES AGO.

D’Annunzio’s campaign rhetoric paints him as a potential ally of people like Walter Jones and Mark Meadows.  He pledges to join the Freedom Caucus.  While Hudson seeks the glory of a House leadership post, D’Annunzio seems like the kind of gu

y who wants to pick up the Tea Party torch and take a wrecking ball to the Capitol Dome.

Hudson is a long-time mentee of current NCGOP chairman Robin Hayes.  Word of out Raleigh is the GOPe is grooming him to run for governor, post-Pat, or even US Senate.  (There is some serious talk Richard Burr, if he wins, will resign his term and allow Gov. Pat McCrory to appoint a successor.)

If you’re still sore about the antics at the state party —  If you’re feeling betrayed by Republicans who promised to fight Obama, but have ended up enabling him, marking Tim D’Annunzio’s name on Tuesday’s ballot is a great way to voice your displeasure LOUD AND CLEAR.