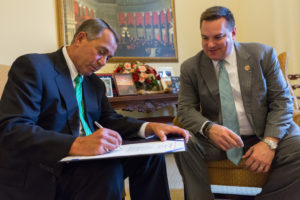 My how the worm turns.  In 2012, Richard Hudson moved back to North Carolina and ran for Congress as a “small businessman’‘ seeking to “take our country back.”  Never mind that he was bankrolled by then-majority leader Eric Cantor or that then-speaker John Boehner came into the state to campaign for him. Never mind that his “small business” did not appear to actually exist.

He spent the campaign and runoff blasting his main rival, then-Iredell County commissioner Scott Keadle, as an out-of-touch politician, faux-conservative  and a political opportunist.  Never mind that Keadle HAD BEEN (and still is) an actual business owner here in North Carolina.  And, if you actually talk to Scott, you know that he pretty well fits the definition of ‘conservative.’

Well, Hudson got to Washington and began earning his keep from Cantor and Boehner.  He took on a job with the NRCC (National Republican Congressional Campaign Committee) – -heading up recruitment of potential House candidates.  He even tried to make a move up into senior House leadership.

And here we are four years later.  Hudson has found a wife and a baby somewhere and is spending a lot of time talking about Jesus and family values.  Not coincidentally, I am sure, he has a guy with a wife, kids  and an ACTUAL business running against him in the GOP primary.

The hottest thing on the Internet right now, politically (after THIS site, of course), is www.establishmentpuppet.com  It appears to be paid for by Hudson’s chief political rival Tim D’Annunzio. And it lays out some pretty hard-hitting charges: 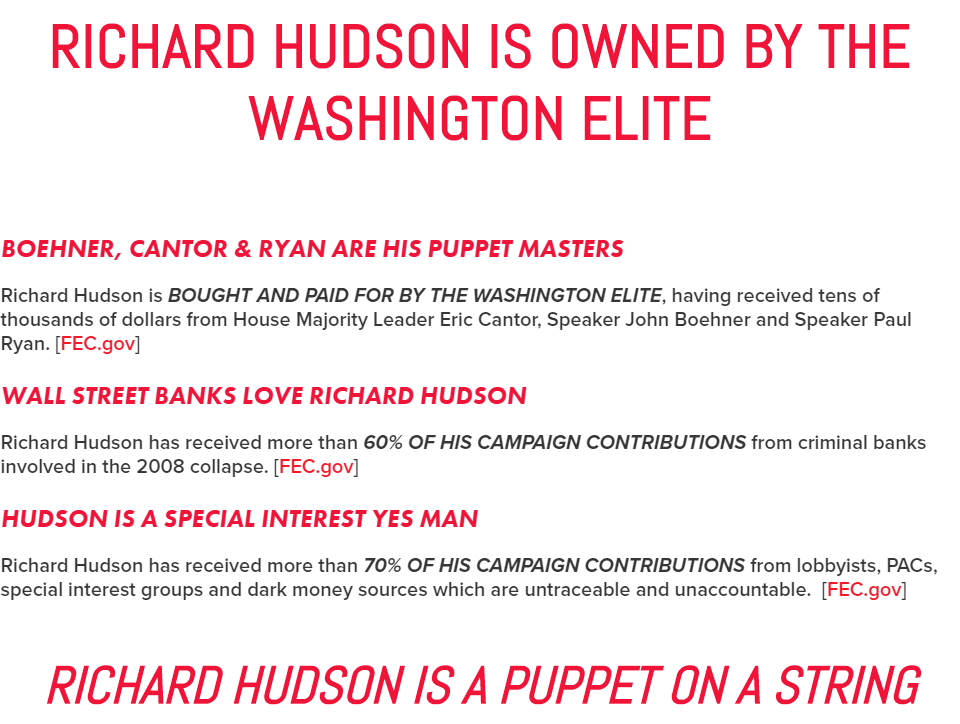 Oh, and there’s THIS: 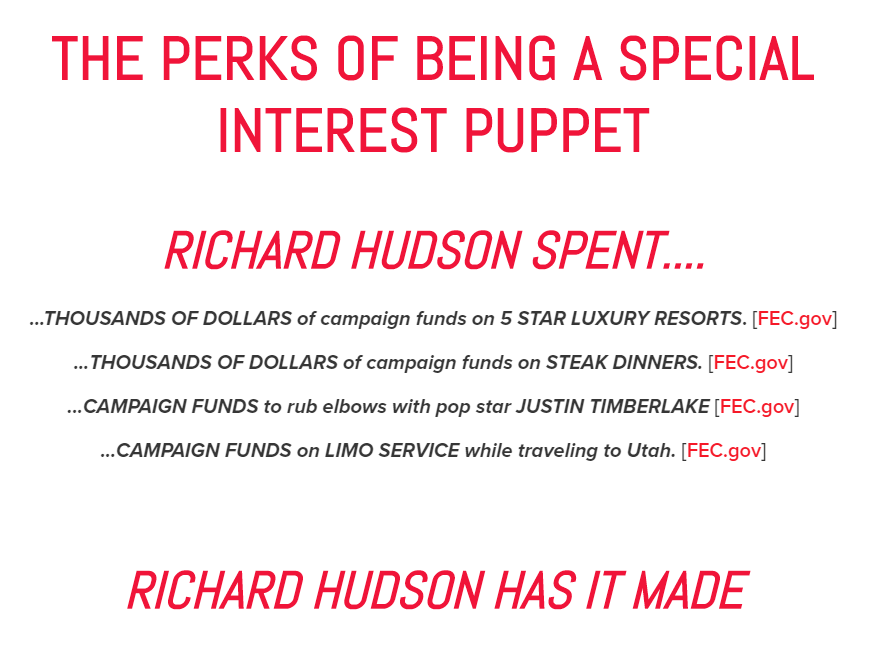