Berger Jr.’s quote, when asked if he would support Boehner for speaker was:

“We are going to put ourselves in the position to represent the people of the sixth district most effectively.  And going to Washington and supporting leadership is one of the things that we can do to be effective members of Congress.” 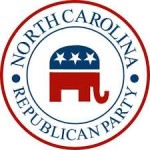 Only an out of touch pawn of the Washington establishment would think that supporting leadership is the best way to be effective. Berger Jr. does not understand that North Carolina voters are fed up with the status quo because their needs are being ignored. 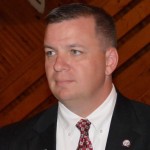 Ouch.  This kinda reminds me of when Renee Ellmers described John Boehner as her “boss.”   What happens when what Boehner wants is the opposite of what your folks back home want?

This past week, all of the North Carolina Republicans — minus Walter Jones — were in Pinehurst to raise money for Berger.  Remember, HE is STILL locked in a race against another Republican.