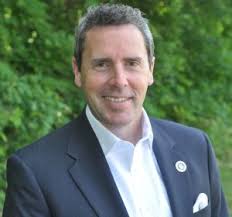 I don’t think anybody saw this beatdown coming.  The entire GOP membership of the North Carolina US House delegation (except Walter Jones)  had endorsed Phil Berger, Jr. and had raised money for him.  Howard Coble, the popular retiring incumbent, endorsed Berger, Jr. and campaigned hard for him. Berger, Jr. had significantly out-fundraised opponent Mark Walker. But in the end, Walker ran away with a 60-40 runoff victory.  Walker now  faces Democrat Laura Fjeld in November.

Observers are quick to label Berger, Jr.’s defeat as a slap at his powerful dad.  Sometimes, the apple does fall far from the tree.  I was a big fan of Ronald Reagan.  Not so much of Ron Reagan, Jr.  I was more impressed with George W. Bush than I was with George H.W. Bush.

Here are a few thoughts and insights I’ve put together as an outside observer, and after talking to some insiders:

Well, the preacher is now in the state and national spotlight.  In an era where Republicans are starving for genuine conservative leadership that actually listens to and represents the grassroots, let’s hope Mark Walker is FOR REAL.