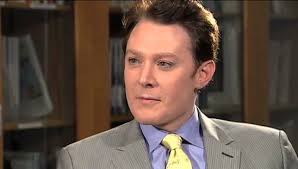 Mr. American Idol got a rather warm welcome this morning in conservative Moore County on  WEEB radio’s morning show. Steve Leader’s show is a must-visit destination for any politico seeking votes from bright-red Moore County.  Steve and news director Al Mangum put the Democrat nominee for the 2nd congressional district under the microscope.

“Actions taken or not taken in the line of duty are fair game for criticism,” Clay Aiken told the hosts. “I am not going to get into talking about someone’s personal life.  I don’t think anyone is all that interested in that kind of thing.”

The Democrat was critical of incumbent Republican Renee Ellmers’ lack of success in blocking the move of an airwing from Fort Bragg to Arkansas.

“She was late introducing the amendment to the defense bill that would have stopped the move,” Aiken told his hosts. “Something that important to this district and its economy  — I would have been right on top of that. […] It’s beyond me how anyone could say it’s more fiscally responsible to fly those planes in from Arkansas when we need them.  If you’re going to have the home of the Army Airborne, you need to have some way for them to get airborne.”

e loyal to his party.

“I don’t work for the Democrat Party,” Aiken said. “I work for the people of North Carolina, of this district. […]  I think Renee has forgotten that. I think she has paid much more attention to her party leaders in Washington than she has to the people back home.”

The hosts suggested that Aiken might be threatened by party leaders with bad committee assignments and a seat in the very back of the chamber.

“I wish them luck with that,” Aiken said. “People who know me know that no one has had much success in making me keep my mouth shut.”

Some other highlights / insights:

Listen to the man for yourself by clicking on the link at the top of this article.  Aiken and Ellmers face the voters in November.

24 thoughts on “NC-02: Souped-up, well-prepped Clay Aiken takes to the airwaves in Moore”