Mark Twain was credited with this piece of wisdom: “Never pick a fight with people who buy ink by the barrel.”   If Mr. Clemens were alive today, I am sure he would amend that quote to include people with widely-read blogs or national radio audiences.

I am convinced that Renee Ellmers (R) is purposefully trying to get herself fired from her safe Republican seat in the US House of Representatives. This woman is amazing.  She has verbally abused Tea Partiers in her district.  Ellmers has been scarce around her district, instead choosing junkets to Vegas and Utah ski resorts and appearances on MSNBC shows. 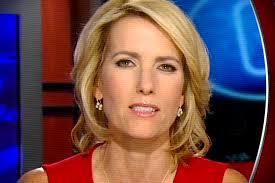 Defunding ObamaCare and opposition to amnesty are two of the TOP positions held by voters in the Second congressional district.  Yet, our girl has come out against defunding O-Care and FOR John Boehner’s amnesty cave.  Her primary opponent, radio host and college lecturer Frank Roche, has been bludgeoning Ellmers on both of her positions.  He has been endorsed by anti-amnesty groups NC Listen and Americans for Legal Immigration (ALIPAC).

So, how has Ingraham responded?  Check out this post, from a few minutes ago, on Facebook by  Ellmers primary opponent Frank Roche: