Renee Ellmers thinks rape is bad and a crime. (Like I and all other rational people do.) Yet, she doesn’t think this crime needs to be reported to police in order to be defined as rape.

In January, Ellmers led an effort to derail  the “Pain Capable Unborn Child Protection Act”  — which outlaws abortions after 20 weeks.  (My friends in the medical field tell me there are plenty of neonatal intensive care units across the country with infant patients 20 weeks and older — living independently of the mother, eating, drinking and breathing.)

Ellmers’s story kept changing, but she ended up settling on allegedly being concerned about the requirement that rape victims file a police report in order to get an abortion after 20 weeks of pregnancy.  Never mind that she had voted for the SAME bill four times previously.

Well, it appears House leaders are bringing back the late-term abortion ban legislation MINUS the requirement for a police report for rape victims:

The U.S. House Republican who led a internal party rebellion in January against a late-term abortion-ban bill says she now is “comfortable” with changes in a proposed update because it no longer represents a “re-victimizing” of rape and incest victims.

“I can be in support of it,” said Representative Renee Ellmers of North Carolina of the new language in the bill to ban most abortions after 20 weeks of pregnancy.

Ellmers said the new version, as shown to her, would no longer require victims of rape to report the crime to law enforcement if they wish to have a late-term abortion under the law. She said the physician would have to know this was a pregnancy as a result of a rape.

Being opposed to requiring a police report be filed in response to a crime being committed.  Amazing.  MORE:

[…] Ellmers, in the interview, said she has not yet been told exactly when the abortion bill will be brought up. But she said new language for the “Pain Capable Unborn Child Protection Act” was brought to her about two weeks ago.

Chief among the changes, she said, was that it will no longer require rape victims to have reported being assaulted to police to qualify for an exemption from the abortion ban.

“My understanding is the language that was in the bill with the demand it would have to be reported to law enforcement has been removed,” said Ellmers. “There is a reporting requirement to the physician—in other words, the physician would have to know that this was a pregnancy as a result of rape.”

“Again, the issues that we had had to do with reporting requirements for victims of rape. I felt essentially we were essentially re-victimizing those victims,” 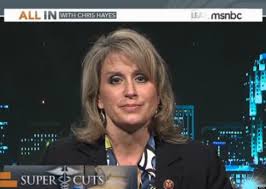 She added that changes also have been made to address language involving victims of incest, including minors. “Which I believe is much needed because we’re talking about minors and these are things that would need to be reported. And it’s not law enforcement—it’s basically again through social services,” she said.

Ellmers said that one of the things she is doing this week is talking to other House members who opposed the previous version. Of the revisions, she said, “I want to make sure that everyone feels comfortable with them—or if they have concerns, now is the time to have those discussions.”

Ellmers said she is “absolutely” on board with a requirement that physicians be told the pregnancy sought to be terminated was a result of rape, saying that should be done.

“I’m much more comfortable with this new language,” she said, calling it “much more thoughtful.”