The national media and their patrons in the Democrat Party are fixated on Bladen County and alleged Republican electoral malfeasance there.  Meanwhile, next door in Robeson County, there was a significantly larger sum of money — and a larger cast of characters —

involved than there was in the McRae Dowless affair in Bladen.

My sources on the ground in Robeson County tell me that the state and national Democrat “get out the vote” cash — paying for the very same work apparently that Dowless got paid for next door in Bladen — ran through the campaign of Democrat district attorney candidate Matt Scott.  (Scott beat Republican Allan Adams on November 6.)

Here is one of the more interesting GOTV payouts listed on Scott’s campaign:

We conducted a search for this committee and could not find a listing with the state board of elections: 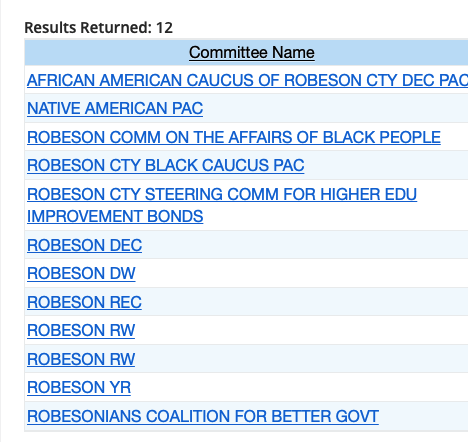 We also checked  the Federal Elections Commission.  Here’s what we found: 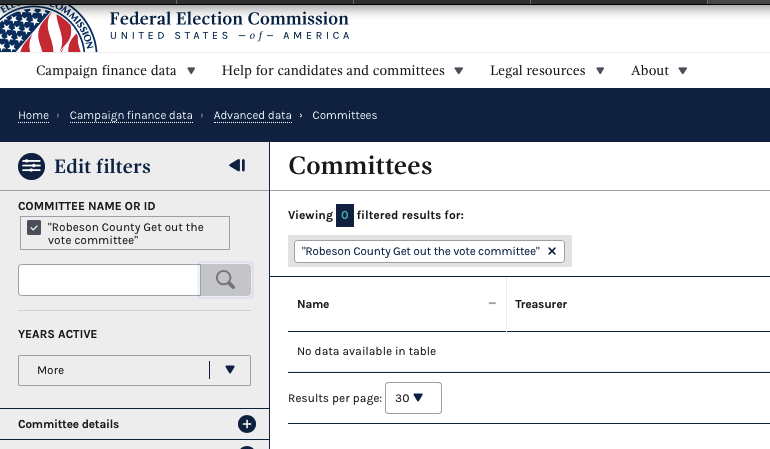 Last but not least, we did a search on the NC Secretary of State’s database: 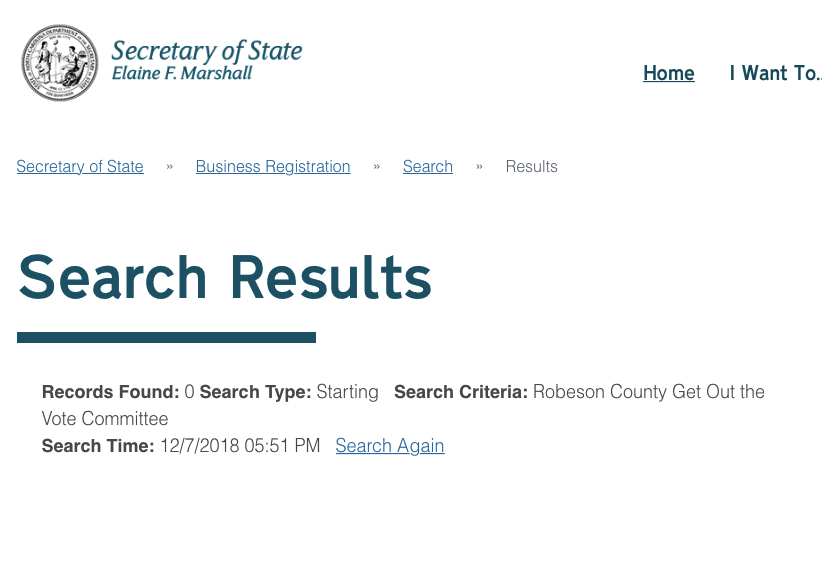 A “committee” participating in election activity would HAVE to be registered with at least ONE of those three entities.  And it’s NOT.  WHAT did the Scott campaign — and Democrats running in Robeson County —  get for the $14,250.00 paid to this “committee”?

We paid a visit to our friends at Google to trace the ownership of PO Box 1741 in Lumberton —  the address listed for the Robeson Get Out the Vote Committee.  Here’s what we found: 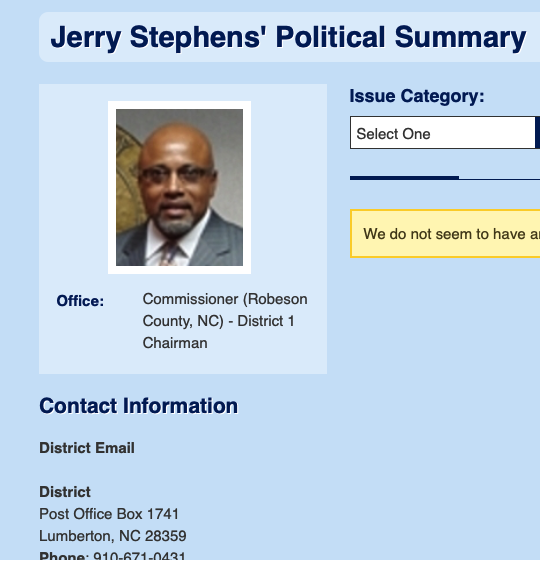 Jerry Stephens is an incumbent (Democrat) county commissioner in Robeson County and a prominent community and political figure in the county’s black community.

District race, the district attorney’s race, and one state district court race (which also appears to be mired in controversy).

According to the Scott campaign filing, it paid a total of $38,030 to 18 different people or organizations in Robeson County alone for “get out the vote” in the just-completed election cycle.

GOTV efforts for Scott likely benefited Dan McReady and any other Democrat on the ballot in the county.

That’s a lot for a local county race.  And everyone’s bent out of shape about McRae Dowless and his $7,000 from the Harris campaign.