It’s starting to sound like a broken record.  Every year, the political hacks over at the Moore County public schools’ central office whip up public hysteria against the county commissioners.  The county commissioners are allegedly letting our schools go to hell in a hand-basket — an angle that the Democrat owners of our local twice-weekly Pulitzer Prize winning newspaper are more than eager to spin:

A large contingent of parents and other public school supporters made their case to the county commissioners Tuesday for increased funding during a public hearing on the proposed 2014-2015 budget.

Many of them were marshalled by a newly formed group called Parents for Moore formed to support funding for public schools.

The proposed allocation to the schools in the 2014-2015 budget for current expense, capital outlay and continued implementation of its digital learning initiative recommended by County Manager Wayne Vest total $27.1 million, down from the $28.9 million requested by the Board of Education.

Oh, by the way:  internal Moore County schools budget documents show that the system has been OVERFUNDED by about $12 million between 2009 and 2013. MORE:

During the budget hearing, members of Parents for Moore said continuing cuts in state funding for public schools are taking a toll on teachers and classrooms, which speakers said will hurt the county’s economic growth and quality of life.

“Our main concern is class sizes are increasing,” group member Karin Kent told the commissioners. “Our classrooms are suffering.”

Kent said enrollment continues to increase while the funding per pupil keeps decreasing. She praised the commissioners for paying off some of its debt a few years ago and for going to Raleigh last week to urge legislators to restore reductions in funding from the state lottery for school capital needs.

She said strong schools “drive the quality of life in our county. Our most valuable asset is our children.”

Ah, enrollment.  According to those same internal schools documents, enrollment in Moore County had net growth of only 200 students between 2006 and 2012.  MORE:

Meg DeMolet, a kindergarten teacher at Pinehurst Elementary School and the county’s Teacher of the Year,” said the school system has “superior teachers” who “give their very best every day.” She urged the commissioners to fund the school board’s budget request.

“There is never enough money to go around,” she said. “You have to have priorities. You have to put education at the top. There is nothing more important than our children.”

Much of the group’s criticism about cuts in funding for public schools was directed at the state legislature. But speakers urged the commissioners to work with the school board and continue to lobby state legislators to increase funding for schools. 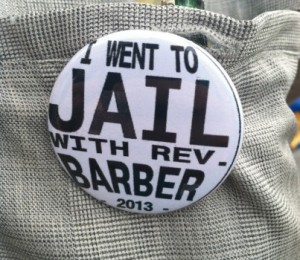 “The only solution is to join together for the greater good of our children,” DeMolet said.

Ben Cameron, vice chairman of the school board, thanked the commissioners for maintaining funding levels for the school system rather than reducing it during the last six years, which he said was the “worst for our economy since the Great Depression.

He said that the commissioners have “clearly understood that even in difficult economic times, we can’t jeopardize the future of our county by minimizing educational opportunities for our youth.”

Cameron added that “unprecedented cuts” in the last six years has resulted in a net loss of 170 positions that affect nearly every facet of the system. He said that rather than seeing an increase in state funding as the economy rebounds, the school system is facing more reductions.

“As we enter the 2014-2015 school year, these continued cuts have brought us to a very critical point in funding the needs of our teachers, our students and the staff who support them,” he said.

Again, state spending on education has INCREASED and THE SCHOOL BOARD makes those personnel decisions. MORE:

Cameron thanked Vest for proposing a small increase in county funding next year. But he said state funding must be restored to “an appropriate level if we are to avoid serious and damaging repercussions for our schools.

“As we face these challenges, we are excited and encouraged by the very productive discussions between our boards in strategically addressing the state’s continued passing of the funding responsibilities to the local level and how we can best work together to address that”

“The trend of cutting teachers must stop,” he said.

Exactly.  When money is ‘tight,’ people in the real world cut spending on luxuries and put their money to the important things.  A “digital learning initiative” — translation: iPads for all the kiddies — is a luxury.  If teacher pay and retention is really so important, the edu-crats at the central office need to put OUR money where their mouths are. MORE:

Nancy Carter, an exceptional education teacher from Carthage, said the schools are “experiencing a crisis” and that it is “clear we will not get a reasonable response from our state legislators.” She also said claims by the county that teacher pay is a state issue “is just a cop out.”

She urged the commissioners to “stay in the battle” to fight for school funding and higher teacher salaries.

Again — the state supplies funding for in-classroom salaries.  The county supplies a pot of money to the public schools administration, which determines how it will be specifically allocated. But they’re all here hollering at the county board about decisions made at the central office.

Also, state House Republicans issued some talking points rebutting the spin that education budgets have been ‘cannibalized.’  Only in government can spending more money than last year be described as a ‘cut.’

Patricia Taylor, a military parent, said her family made Moore County their permanent home because of the public schools. But she said it is becoming more difficult to maintain the high quality.

“We are on the verge of a crisis,” she said. “We are at a crossroad. You don’t put a Band aid on a broken arm. … Now it is time for bold thinking and action.”

She asked the each commissioner to make a pledge to spend one day in the classroom to see “firsthand the effects of past and current cuts.” She also asked that increases in revenue from the county tax base go to schools, which she said is a big reason the county is growing.

Rollie Sampson said the public school system is a big drawing card for the growing number of military families, including hers. But she said that may not continue.

“When people ask me about where to live, I am not so quick to tell people to pack their bags and move here,” she said.

Sampson said that “teachers cannot afford for this to continue.”

[County Board Chairman Larry] Caddell said 42 cents of every dollar the county collects goes to the public schools and Sandhills Community College.

Commissioner Nick Picero assured school supporters that county officials will continue the “fight” in Raleigh to ensure the state funding is restored to an appropriate level. He also urged the public to “dig down and get the facts about where the spending is.”