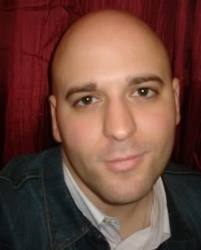 North Carolina drive-bys have got this interesting little trend going.  They have political reporters who also write op-eds.  Rob Christensen got it going.  (When I was a drive-by, I did it for a while.  But so much holy hell was raised about the conservative tone of my op-eds that I got banished from the op-ed section and was quarantined to hard news.)

[…] And this is what I want to say: “Have you forgotten where we came from?”

However humble your beginnings, however you once struggled, the path you’ve pursued in Raleigh and your positions as a candidate for U.S. Senate are bad for the working people of North Carolina. They’re bad for the people still living in trailer parks, still working hard for too little money, still finding it difficult to make ends meet.

Your work in Raleigh has hurt the state’s excellent university system, making a good education more expensive for low-

income kids who are trying to work their way through college.

How? Please explain – –without vomiting talking points fed to you by Sadie Weiner. MORE:

Your work in Raleigh has cut child care subsidies that helped families with young children work their way out of poverty.

Your work in Raleigh has made good medical care even less affordable for the state’s poorest residents and cut unemployment benefits that helped people struggling to find enough work to support their families.[…] 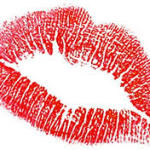 Okay, genius.  How else do you propose we pay off the BILLIONS in debt to the federal government the state incurred while trying to finance all of this new unemployment heralded in by the dawn of the Obama Age?  Never mind that stats show employment going UP as the time frame for receiving unemployment got reduced.  An incentive to go to work was created.

Making good medical care even less affordable?  Holy crap, baldy! Have you seen that ObamaCare thingy ????  Ol’ Kay bragged about her influence in writing that monster and getting it passed.  She’s got a hell of a lot more to do with ruining health care than Speaker Thom.  Come back to reality.

Oh, it keeps getting better. MORE:

You were asked about your position on raising the state’s minimum wage, which is now $7.25 an hour.

You responded by attacking Sen. Hagan on a number of unrelated issues, but you finally did say:

You trust the citizens of North Carolina? Now that’s the working-class kid I knew was still in there somewhere.

If you want to know how the citizens of North Carolina would make this decision, you’re in luck. The Elon University Poll has been asking them. In April, 83 percent of respondents said they’re for raising the minimum wage.

Ask people if they should be paid more money?  What the hell did you expect them to say?  Pose a more truthful question — “Would you like a higher minimum wage in exchange for more expensive goods and services and fewer jobs?” — and see what the results are. MORE:

It would be easy to conclude that you were just pandering when you said you trust “the citizens of North Carolina” — and that it’s the second group you mentioned, “the businesses,” who carries more weight with you.

Your record in Raleigh, after all, has been one of enormous tax breaks for the state’s most profitable corporations and wealthiest residents while the programs and services that help low-income families have suffered.

Joe needs to read his own paper a little more often. According to his very own employer, the NC Department of Health and Human Services is running a surplus.  MORE:

But no matter how many years you spent at PricewaterhouseCoopers and IBM, I know you’re still a trailer-park kid. You know what it’s like to go home exhausted, with grease on your clothes, hoping you will be able pay the rent this month.

So when business owners tell you that a higher minimum wage will be a job killer, that they’ll end up laying off workers, I know there’s a part of you that hears what they’re really saying.

According to the U.S. Department of Commerce, corporate profits are at their highest level in 85 years.

You know why?  Because more and more businesses are setting up shop overseas and serving more and more foreign markets.  The US has the highest corporate tax rate in the world.  North Carolina has one of the worst corporate tax burdens in the country.  It’s a corporation’s main responsibility to make the most money possible for its investors.  If they have to leave the country to do it — so be it.  It’s a sad statement about our state and our country that so many businesses feel they need to leave in order to survive. MORE:

Employee compensation is at its lowest level in 65 years.

When business people tell you compensating their employees with something more closely resembling an actual living wage will hurt so much they’d rather just eliminate the jobs? Well, it’s polite not to laugh out loud. But I don’t know how you keep a straight face.

I don’t know how you live with yourself while disseminating such utter crap to your dwindling reader base.  ObamaCare is a hellacious incentive to keep wages down. If you pay people more, or add more full time employees, you get popped by all kinds of punitive ObamaCare-related taxes.  Low-wage, blue-collar and temporary work is growing so much faster than professional career opportunities.  And you have Kay Hagan and Barry Obama’s pet monster to thank for that. MORE:

U.S. Labor Department figures now show the 13 states that raised their minimum wage at the beginning of this year are adding jobs at a faster pace than those that didn’t raise it.

Joe got his info from NPR and the Obama White House.  The Wall Street Journal does a heck of a job poking a hole in this nonsense.

Joe Killian appears to be laying the groundwork for a job with Kay Hagan in her second term. By showing off his true colors and using his First Amendment-protected freedoms to further his personal agenda, he’s doing an incredible disservice to his community and this state.