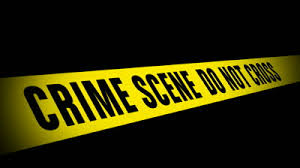 It made me sick to my stomach to read about and hear about the arrest of Michael Speciale, Jr. this morning.  First off — the allegations against him are horrific.  (We still believe in the old innocent-until-proven guilty thing here, so we will withhold judging him until after the justice system has had its say.)

Second — I hate to see his dad, state Rep. Michael Speciale, dragged through the mud by the media and political opponents.  We’re fans of Speciale’s work in the legislature.  We can’t begin to imagine the heartache these allegations are causing him and his family.

The drive-bys need to do a bit of soul-searching.  How fair is it to beat up on parents for the actions of their adult children?  Speciale, Jr. is 38 years old.  His father has not been legally responsible for his actions for 20 years.  It’s one thing if evidence surfaces that dad helped cover up crimes or — God forbid — participated in them. But dragging dad and son through the mud because (1) dad is famous, and (2) it’s election time is outrageous.

I remember a similar situation when I was part of the drive-by media. I had uncovered the details of a sex scandal that involved (1) a prominent businessman, and (2) the adult daughter of a powerful, prominent Democrat politician here in North Carolina. Some conservative associates of mine were leaning on me to drag her dad through the mud as hard as I could.

In the midst of gathering info for the story, the woman’s father apparently heard I was nosing around.  He called me up, off the record, to talk.

”Look, I am embarrassed and hurt by this like any father would be,” the politician told me. “She’s my daughter, and I love her to death, but she has messed up here.  Her mother and I tried to raise her right. But she’s now a grown woman, outside our sphere of influence, making her own choices.  I ask you to employ a little decency here and not drag our family through the mud over my daughter’s poor judgement here.”

I thought it over long and hard after getting off the phone with this politician.  I personally did not support this guy or his agenda.  But he had a point. I reported the story, but downplayed the woman’s family tree.  The main scandal was salacious and newsworthy enough without dragging her famous dad and mother into it.

Unless evidence surfaces tying Rep. Speciale to some specific criminal activity, the decent thing to do is to leave him and his family alone during this traumatic time.  It’s not a Democrat thing or a Republican thing.  It’s a decent, human thing.

4 thoughts on “The Speciale matter”