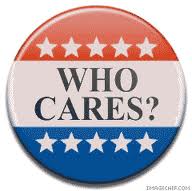 Some folks will accuse us of being blind followers of the GOP this election season.  I am hoping this particular installment of our endorsement series will put that to rest.

Congress:  Here in Moore County, the 2nd, 4th, 7th and 8th districts all either encompass us or come close to our boundaries.  In each of those races, we see no real viable choice for conservative-minded voters.

Our disappointment and disgust with Renee Ellmers in the 2nd District has been well-documented on this site.  If the race were being run on the basis of character, Democrat Steve Wilkins would win  in a runaway.  As a person, he’s a total class act.  Unfortunately, he embraces ObamaCare and believes “far right elements” in Washington are behind our economic doldrums.  (Steve’s a wee-bit tone-deaf when it comes to politics, it seems.)

Libertarian Brian Irving has a limited government agenda that many conservatives would truly find appealing.  But with economics on his side, Irving has chosen to base much of his campaign on a “perpetual state of war.”

In the 4th, we have the truly horrid David Price going up against Republican challenger Tim D’Annunzio who (1) doesn’t live anywhere near the district and (2) was last seen self-destructing in the 2010 GOP runoff for the 8th distérict.

In the 7th district, we have incumbent Democrat Mike McIntyre, who tends to campaign from church pulpits and throw us a few token conservative votes before each election, facing off against Republican state senator David Rouzer.   The district is now 54 percent GOP, and McIntyre’s home in Democrat stronghold Robeson County has been drawn out of the district.  But Rouzer has managed to let McIntyre run to his right and keep the race highly competitive.   Rouzer’s team is busy painting McIntyre, a lawyer, as a Washington outsider who is out of touch with his district.  Unfortunately, Rouzer has been a Raleigh insider at the legislature, after being a US Senate staffer, a USDA staffer, lawyer and lobbyist.   George Wallace’s theorem about there not being “a dime’s worth of difference” appears to be at play here.

In the 8th district, we have incumbent Democrat Larry Kissell — who earned the wrath of the state GOP by defeating its current chairman Robin Hayes — facing off against Republican Richard Hudson.  Hudson, who jetted down to NC just in time to file for the primary, claims to be a businessman — but the verifiable portions of his resumé indicate that he has been nothing more than a flunky / stooge and “yes man” for various GOP politicians in DC and Raleigh.    Kissell is known to be a straight shooter and man of good character.  He usually votes wrong, but did the right thing with ObamaCare.  Are conservatives really getting a better deal by tossing out Kissell and installing Hudson?

Auditor.  Holy cow.   I can’t say I am surprised by the recent revelations about GOP nominee Debra Goldman.  That stuff has been whispered about for a few years in political circles.  What’s most upsetting is the fact that NCGOP stooges — knowing all about the sordid Goldman stories — went ahead and forced her on us in May.  The alternative is incumbent Beth Wood — who was put in the race in 2008 by the Democrat establishment to shut down the too-inquisitive-for-comfort Republican Les Merritt.  She’s hardly a comforting alternative to the Goldman train wreck.

The Answer?  Can we just say ‘none of the above’?  We can focus our wrath on the NCGOP establishment for rigging redistricting and the primaries to set us up with some really horrid candidates.  (That’s for later.)  It doesn’t seem right to reward this slate — which includes some who have thumbed their noses at Tea Partiers and conservatives, in general — with our votes.  The undervote strategy could be an interesting route to take here.  You CAN leave offices — which include NO suitable candidates — blank on your ballot.  Your other marked choices will be counted.

If  someone like Renee Ellmers gets significantly fewer votes in the 2nd District than, say, Dan Forest or Pat McCrory, it sends a message to her that the natives are not happy.  It also can catch the attention of potential primary challengers for 2014.  (Jus’ sayin’ …)