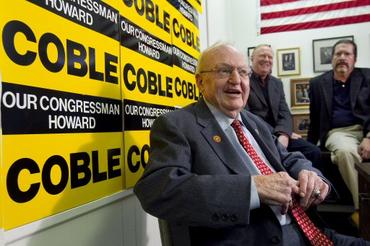 The Greensboro News & Record reported today that Congressman Howard Coble (R) will seek reelection to the U.S. House seat he has held since 1985.   Coble, 80, is the oldest and longest-serving member in North Carolina’s congressional delegation.  He had a lengthy hospital stay earlier this year, fueling speculation he might not seek reelection.

One thought on “Coble going for term #15”