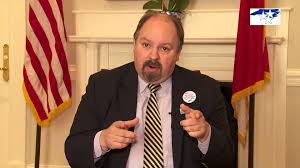 For a long time, Chatham County has been an overflow containment area for the Chapel Hill-Carrboro crowd.  Apparently, they were so satisfied with the job they did in ruining  neighboring Orange County that they were looking for new victims to subject to their loony-left hippie drum circle nut-jobbery.

In 2010, The Chatham County GOP pulled off a shocker.  In a county with a 2-1 Democrat -to-Republican registration edge, the GOP knocked off three incumbent Democrats on the county board of commissioners and formed a new majority.   Republican newcomers Brian Bock, Pam Stewart and Walter Petty jumped right on to de-hippifying county government.  A “sustainable communities” office and a “human relations commission” director were eliminated from the county budget, while more attention was focused on things like education and public safety.  The group also promised to save taxpayers $2 million over four years.

Things are turning around — in a good way — in Chatham County, and it has the leftists pissed.  In case you didn’t know, Chatham County is home to Randy Voller — ringmaster of that carnival freakshow many know as The North Carolina Democrat Party.  Voller and his henchmen are keen on reversing the GOP gains of 2010 by taking out Petty, Stewart and Bock in their first bids for reelection.  What kind of case are Voller & co. building against the three Republicans?  They’re business people.

Voller henchman John Graybeal spells out the game plan in an email to his cohorts: 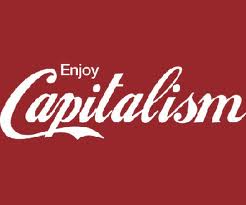 Inspired by a recent conversation with Chairman Voller, I’ve written a short, somewhat sarcastic and, hopefully, somewhat funny proposed letter to the editor that asks why Bock/Petty/Stewart or any of them want to be commissioners anyway.
It points out Stewart’s full time occupation, Petty’s substantial business operations (Atlantic Power Solutions) and Bock’s pizza business (apparently owning two franchises in the 5-part Amante Gourmet Pizza & Taproom business). The letter has some snide comments as asides.Any volunteers to consider sending the letter to The Chatham Record??? (I’ve already sent too many to them.) 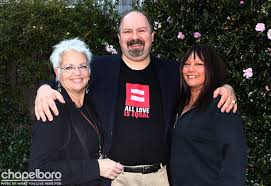 Wow. Having people in government who have actually struggled to make a payroll, and make ends meet, while operating under decisions made by the bureaucracy? That actually sounds like a good thing.  They’ve got a great understanding of what government does — and does not — do well.

The strategy in Chatham County speaks volumes about the motives of the state Democrat Party. Will the state Democrat Party come out — like Chatham Democrats have — espousing their belief that involvement in government by capitalists is a bad thing?  Is Voller preaching on a statewide level what he’s doing on a local level — in his home county?

7 thoughts on “Chatham Democrats: Get THOSE capitalists OUT of government !!!”