N&O executive editor John Drescher’s pet shih-tzu is all worked up over the fact that Charles Koch — of the ”evil” Koch Industries empire — and his family have maxed out their contributions to GOP US Senate nominee Thom Tillis.  The Tillis camp reportedly collected $5,000 from the Koch Industries PAC and $10,400 from the Koch family iteself. (*Scandalous*)

The little dog does not seem to be all that excited about the more than FIFTY PAGES worth of donations to Kay Hagan from something called ActBlue:

Launched in 2004, ActBlue bills itself as “the online clearinghouse for Democratic action.” As a federally registered political action committee, it serves as a conduit for online contributions to Democratic candidates and committees. That is, ActBlue bundles and transmits earmarked contributions from individuals raised on their website to specific candidates.

[…]  Through mid-2010, it has helped funnel more than $134 million — and counting — in contributions. Because much of that money comes in donations below the $200 threshold for itemized disclosure, the total amount given by donors via ActBlue is considerably greater than the totals listed below, which are based on FEC filings of candidates and committees that receive this money. The group also maintains a 527 political organization registered with the Internal Revenue Service for non-federal political activities, and ActBlue has registered as a political committee in more than 20 states for its state-level activities. It does not lobby the federal government.

So, Charles Koch is A BIG DEAL, but THIS IS NOT? 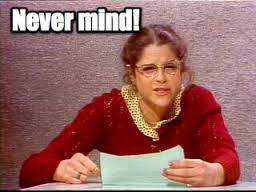 OpenSecrets.org labels both ActBlue and Koch Industries as ”heavy hitters” — among the 140 largest political donors in the US since 1990.  But the Kochs are “the problem.”

It gets, um, better.  We busted Kay for running all over the country scooping up cash from The Abortion Fan Club, a/k/a Planned Parenthood.  She and her campaign team took great pains to hide the AFC / PP affiliation of these donors.    Haven’t heard even a yelp from the little dog about this.  But the Kochs are apparently a HUGE problem.

We’ve also heard nothing from the, um, “Old Reliable” about Hagan’s schmoozing and cash scooping with the rich & fabulous on NYC’s Park Avenue.    Kay has fundraised in Hollywood AND Vegas, as well.

Kay’s benefactors are hard at working aiding and abetting the destruction of our economy and our culture.  But Mr. Drescher’s little dog and his newspaper are SO WORRIED about The Koch Brothers — who have created jobs, helped grow the economy, and have helped dump a lot of money into the tax coffers.