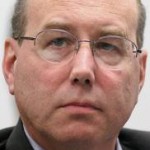 Alleged conservative godfather Art Pope is trying to tell us it’s a bad idea to write off Mitch McConnell and the boys in DC:

[…] The White House has been closely monitoring the donor unease, concerned that it could derail the party’s 2018 efforts. Last week, Marc Short, Trump’s director of legislative affairs who previously served as an operative for the Koch financial network, delivered a presentation for a group of influential conservative financiers that included Frayda Levin and Art Pope.

Some in the administration, however, view a donor revolt as a useful way to motivate lawmakers. On Tuesday, Nick Ayers, chief of staff to Vice

President Mike Pence, told a group of RNC donors that if Congress failed to enact the president’s agenda they should withhold their financial support and instead give to primary challengers.

Not all donors are joining the protest. Pope, for one, blamed the GOP’s legislative struggles on its slim Senate majority. If anything, he said, it’s reason to continue donating, in order to elect more Republicans.

“It’s very difficult when you have a razor thin majority and united opposition from the other party,” he said.[…]

Why can’t the GOP have that kind of unity?

If Pope truly is the great businessman he’d like us to believe he is, I doubt he would continue to pay or employ someone who continually refused to do what he or she promised to do.

Pope funds groups — John Locke and Civitas — supposedly devoted to promoting conservatism.  Yet, when given the chance, he backs away from a fight to restore conservatism as the centerpiece of the GOP?

7 thoughts on “Art Pope: Keep shoveling your $$$ to the GOPe in DC”