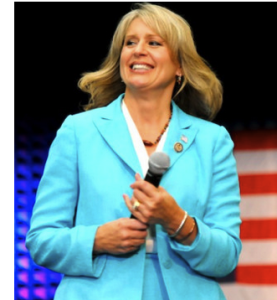 I thought this HAD to be an April Fool’s joke — given the fact it broke on April 1.  Renee Ellmers apparently introduced legislation blocking payment of White House staffer salaries due to failure to do their jobs.

First — am I seriously hearing someone serving in Congress chastising someone else for NOT DOING THEIR JOB ?????

In 1974, President Nixon and the Democrat Congress pounded out the Congressional Budget and Impoundment Control Act  which required Congress to pass a budget.  (The last time this actually happened was 1997 — under Democrat president Bill Clinton and a Republican Congress.)

In 2013, we had yet another threat of a government shutdown due to failure to pass a budget.  Madame Ellmers was out there demanding that she be PAID for her, um, “service” even though she and her comrades had not lived up to their then 39-year old responsibility.

Secondly — what’s up with the lip service to the fight against amnesty for illegal aliens?  Not even the drivebys or the liberal blogosphere appear to be buying it.   Click here to read our archive documenting Renee’s extensive record as a shill for the pro-amnesty crowd.

So, Ellmers wants the Congress to block payment of White House staff salaries because they and their boss are refusing to back off of amnesty for illegals.  Renee and her gang on the Hill didn’t have the backbone to freeze the budgets for a handful of immigration-related agencies in order to force Barry Obama to back off of amnesty. They also haven’t had the backbone to stand up to Barry on ObamaCare.

That brings me back to the whole NOT DOING YOUR JOB thing.  In 2010, we sent Renee to Washington and bolstered Republican numbers on the Hill.  We instructed them to kill ObamaCare by any means necessary.  Here we are in 2015, and ObamaCare is still here unscathed.

In 2014, we bolstered GOP numbers on the Hill, and gave them majorities in both chambers.  The charge from the voters was loud and clear:  Stop Barry Obama and all of his evil plans.  Here we are in 2015, and ObamaCare and amnesty are still here, rolling right along.

Renee’s bill is going nowhere.  It is a PR scam to allow her to run ads deceiving low-information voters back home in the Second District.  This is the same woman who cursed at constituents who visited her office to discuss their concerns about amnesty.  This is the same woman who told off conservative radio hosts Laura Ingraham and Bill LuMaye over their respective anti-amnesty positions.

Don’t buy into the scam.