In 1964, Ronald Reagan gave a landmark speech entitled “A Time For Choosing.” He expressed concern for the GOP AND the country.  He urged Americans to step forward and help move the country in a direction away from governmental overreach and tyranny.  It’s considered a significant benchmark in the history of the GOP, the conservative movement, and our country.  It now appears that we find ourselves in a similar environment. We can put our heads in the sand and pretend all is well, or we can stand up and say “Hell, no.”

Well, Little Barry put on his ‘big boy pants’ last night and thumbed his nose at America on national television. Things will be business as usual, since nobody has been enforcing immigration laws anyway.  But the real fear here is that Barry’s proclamation will spark a surge of new arrivals from down south.  (Remember all of the kids riding on top of those trains?)

There are a lot of people out there — believe it or not — who decline to do things that are illegal because,um, they’re illegal.   Now that there is no penalty for entering the country illegally, you’ve opened up a huge new can of worms (or chili peppers).

We decided to turn to social media to see what the “honorables” from North Carolina were saying about Little Barry’s decree.  Once again, Walter Jones was talking a whole honkin’ lot of conservative common sense:

Unfortunately, things went way down hill once you get past him.  Richard Hudson, George Holding, and Howard Coble all were conspicuously silent on Little Barry’s decree.  With some of the others, you can tell Boehner & co. had issued talking points: 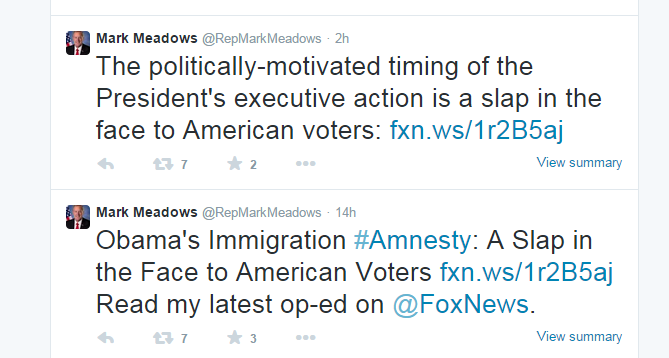 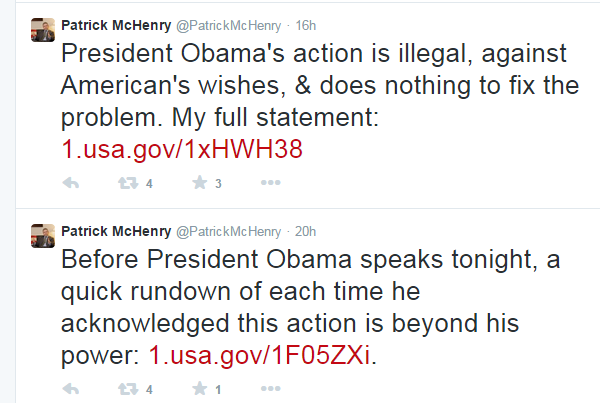 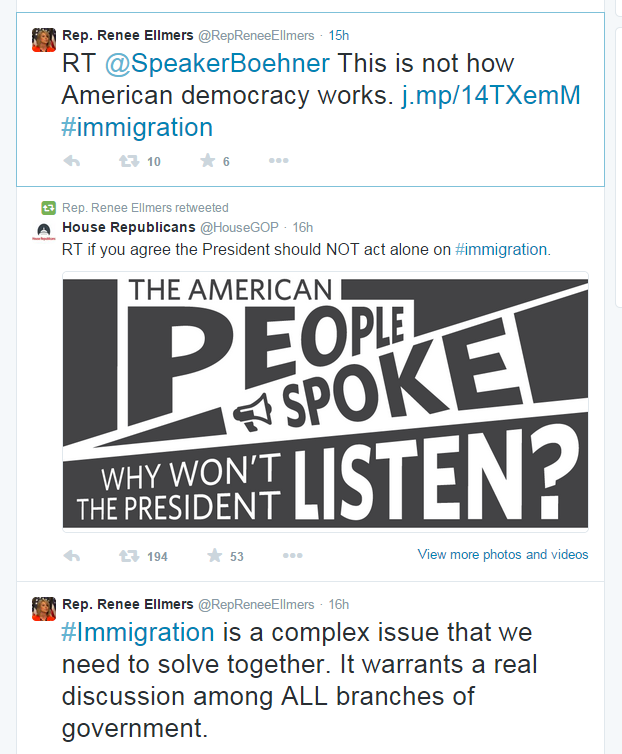 Notice a common theme, there?  They’re upset about the process, NOT the whole concept of condoning illegal behavior.  Folks seem to be concerned about Barry acting outside of The Constitution.  THAT’S pretty interesting coming from Burr. He’s just unveiled a bill he co-sponsored with Maryland’s Barbara Mikulski that dumps more money and regulation into CHILD CARE.  (Remember that child care clause that Madison and Jefferson inserted into our Founding Document?)   The Constitution also requires Congress to pass a budget, but they regularly ignore that.

Jones has got the idea: defund AND impeach.  He’s already signed his name to a letter seeking to completely defund any effort to implement amnesty.  He’s the only from North Carolina with THE GUTS to do that. Where will the others in our delegation be standing when the heat gets turned up on this?

27 thoughts on “Amnesty is here. Time to choose.”