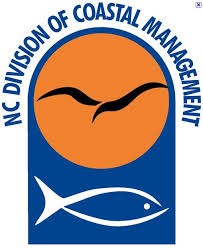 We’ve reported extensively on the on-going saga with the Coastal Resources Commission and their, um, “struggle”  to comply with the legislature’s instructions to produce a balanced, science-based sea level rise report. Some people’s eyes may glaze over in sheer boredom from this topic.  But it’s very important to folks who own property along the coast.  The contents of that sea level rise report will greatly influence property insurance rates and planning and zoning rules along the coast for years to come.

The environmental movement claims that dramatic sea level increases are in store for coastal North Carolina, and that dramatic restrictions on development need to be instituted.  A number of scientists and global warming skeptics questioned their conclusions — claiming there was little to no scientific basis.  The CRC sent a report to the GOP-dominated legislature basically parroting the environmentalist claims.  The legislature sent it back with instructions to come up with something more science-based, and less political, by 2015.  So, here we are.

The McCrory appointee heading the CRC has dragged his feet on including input in the report from people who don’t worship at the altar of Al Gore. John Droz, a North Carolina-based scientist, has been on top of the situation from the beginning.  He’s been keeping the heat on CRC director Frank Gorham.  Here’s his latest missive to Gorham:

[…].I attended yesterday’s (11/19/14) meeting of the CRC advisory Panel. It was an interesting gathering where they primarily discussed the 27± page first draft* of their 2015 NC SLR Report.
On the one hand it was a well-conducted meeting, and I was favorably impressed by the sincerity and active participation of the Panel members.
On the other hand, due to the makeup of the Panel (all but one are holdovers who authored the rejected 2010 NC SLR Report) there was little diversity in opinion. As has been repeatedly stated, it is not in the best interest of NC citizens or businesses to just have one perspective reflected in a report of this importance to the citizens of North Carolina.
An example of this conformity is that all Panel members appear to be worshiping at the IPCC altar. In this and prior Panel meetings, the IPCC has repeatedly been held up as the gold standard — without a proper scientific assessment of the accuracy of their position. No Panel member has gone on record either opposing the opinions expressed by the IPCC, or even advocating that alternative scientific studies be included in their report! This is how the 2010 Report also went into the ditch, so apparently very little has been learned from that experience. 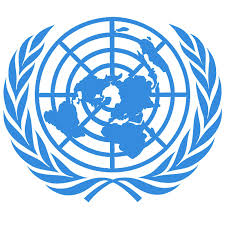 For those of you who may not be aware, the IPCC is The Intergovernmental Panel on Climate Change — an organization set up by the United Nations for the purpose of preaching the gospel of Al Gore to the world. How THEY have any standing in formulating North Carolina state government policy — your guess is as good as mine. MORE:

The main controversy happened when Panel member Rudi Rudolf made the heretical (but accurate) statement: that there is no scientific correlation between increased CO2 and SLR! This brought immediate condemnation (but no evidence) as blasphemy, from the most outspoken Panel members: Dr. Peterson and Dr. Riggs. Peterson complained that if one opened up that possibility, then one would have to question the whole IPCC position. Imagine that!

I couldn’t but help to reflect on Ann Rice‘s famous quote: “To really ask is to open the door to the whirlwind. The answer may annihilate the question and the questioner”. That appears to be what they are afraid of: “Don’t question anything about the IPCC, because that may lead to our entire house of cards collapsing.”

This exchange came about as some vocal Panel members are clearly determined to show an accelerated NC SLR in their report. Since there is zero scientific evidence of accelerated SLR to date (despite increasing CO2), and they only have a 30 year window to work with, this presents the alarmists with a serious problem. Their recourse is to employ their most common tactic: an appeal to authority (which is a logical fallacy).
They start with blindly accepting the four IPCC future scenarios — which all have an acceleration component (again with no empirical scientific basis). But that wasn’t enough. Just as they had done in the 2010 Report, the same Panel people stated that they needed to go further than what the worst IPCC case shows (i.e. to show more acceleration)!

[…]
On November 24th the Panel will have an updated draft version of their 2015 SLR Report ready for more public review. The next Panel meeting is tentatively scheduled for December 15th.
—————
[…]
#1 – In my review of the minutes and transcripts of the Panel meetings to date, I saw nothing consequential about what the Panel said they learned, from their rejected 2010 SLR report. It would seem to me that this should have been thoroughly discussed at the very beginning. The point would be for the Panel to arrive at conclusions as to how the procedures and methodology for generating the 2015 SLR report would be significantly different from before — so that H819 type legislation would not be necessary again.
#2 – The Panel should go on record stating that their 2015 SLR Report will be a true Scientific assessment, i.e. comprehensive, objective, transparent, and based strictly on empirical data. This was the crux of the problem with the 2010 Report, so this is not something to just assume.
#3 – It would also seem that the Panel would have had a thorough initial discussion, as to what their expectations were for how their 2015 SLR report would be used by state agencies, counties, municipalities, etc. For example, is the Panel expecting their report to be the basis for state or local rules and regulations? I have not seen this clearly addressed.
#4 – Despite assurances to the contrary, the Panel has not conducted all their important business before the public. For example, every meeting should have a detailed discussion as to what will transpire in the following meeting. That has rarely happened. At every meeting certain Panel members show up to put on a presentation — but the public has no idea as to why that particular presentation was decided on, how the presenter was selected, etc.
#5 – Lastly, the repeated endorsement of the IPCC and their cohorts — to the exclusion of all other SLR research — is an unbalanced representation of the scientific situation.
Frank, please let us know what can be done to fix this situation. The CRC Technical Advisory Panel has been on the wrong trajectory for five years now, and it needs to be nudged back to acting scientifically. You are in a position to correct that.
[…]

As are Gov. Pat McCrory AND DENR Secretary John Skvarla.