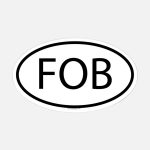 A guy in a ‘Hillary for Prison’ T-shirt jumps in front of the press cameras at a Trump rally in Arizona and starts chanting “Jews-S-A” at the press while everyone else in the building is chanting U-S-A. Of course, the drive bys dutifully pick up that softball and run with it. Here’s the headline from The Washington Post:

So now, the Trump campaign is forced to spend a lot of time disavowing this fool.

As soon as I saw the TV news video and read the stories, I was struck by how similar this all seems to the scenarios described in James O’Keefe’s rec

ent videos.   Those videos revealed that a leftist group headed by Brad Woodhouse — brother of the NCGOP’s Dallas — had been paying thugs to infiltrate Trump events for the purpose of starting fights and making scenes.  This was supposed to inspire the drive bys — and it often DID — to produce stories about the violent, crazy, racist people backing Donald Trump.

There’s been little to no coverage in the drive by media about the O’Keefe videos. The little there has been focuses on the question of whether they were ‘doctored.’

Sadly, folks, in modern-day America, we in the alternative media are the last refuge of the truth.  Either the drive bys are stupid or very much IN on the Woodhouse scam.  (In my opinion, both of those are quite possible and not necessarily mutually exclusive.

Folks, we’ve got a week left. I’m sure this is not the last incident like this we’ll hear about. Just remember the O’Keefe videos when you hear about the next incident, and properly identify the numbskull(s) on camera properly as ‘Friend(s) of Brad.’  FOBs.

3 thoughts on “Yet another ‘Friend of Brad’ makes the news”