Lying and obfuscation are such an integral part of American politics that we often accept it and / or become immune to it.  But sometimes, the bovine fecal matter gets piled on so thick, and its odor becomes so unbearable, you have to SAY SOMETHING.

Sites like ours on the right, and The Intercept on the left, are committed to putting the powerful under a microscope and calling out their malfeasance when it is spotted.

Apparently, even the folks at The Intercept are having some difficulty stomaching the spin from the Dacey campaign:

IN AN UNEXPECTED turn of events, financier and liberal megadonor George Soros has become an issue in a congressional primary in North Carolina — as the subject of an incredibly misleading attack ad from a GOP primary challenger trying to replace an independent-minded Republican congressperson.

Normally, Soros is invoked as a boogeyman by right-wing politicians and activists in political debates with their liberal counterparts.

But the member of Congress who is coming under fire for alleged Soros ties is not a Democrat, but rather a southern Republican who, in 2016, was honored by the American Conservative Union for his conservative voting record: North Carolina Rep. Walter Jones.[…]

*Next up from Scott Dacey:  The American Conservative Union is a George Soros front !!! (Film at 11.)*

[…] It’s true that Jones has adopted some moderate positions, showing himself to be an independent thinker in his caucus. […]

Because of that, Jones is facing a primary challenge from two Republicans. One of them, Craven County commissioner and lobbyist Scott Dacey, aired an ad titled “Walter Jones: Paid for by George Soros.”

The ad claims that Soros and his son Jonathan “fund every radical liberal cause, from banning guns to impeaching President Trump. And the politicians they bankroll, they’re all Democrats, except one: Walter Jones.” It goes on to insinuate Jones has received $80,000 from the Soros clan.

In an accompanying press release, the Dacey campaign alleged that Jones has accepted “over $80,000 in George Soros-backed campaign contributions.”

Friends of Democracy is a Super PAC that was launched by Jonathan Soros (his father, George, has nothing to do with it). Its mission was to support members of Congress who support campaign finance reform — in other words, limiting the very same kind of influence conservatives fear that wealthy donors like the Soros family has. It was later merged into Every Voice, which continues similar work on reforming the campaign finance system.

Friends of Democracy had highlighted Jones because he is one of the few Republicans in Congress that supports campaign finance reforms, such as enacting public financing for federal campaigns. So, it’s fair to say that Jonathan Soros’s PAC did encourage donors to give to Jones at one point.

BUT THE REALITY is that neither Jonathan nor George Soros has personally given money to Jones at any point in his congressional career — contrary to what the attack ad, titled “Walter Jones: Paid for by George Soros,” clearly implies.[…]

So, is the author saying that the INDIAN CASINO LOBBYIST is spouting 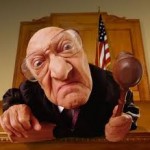 patently false statements?  Maybe THAT is why the Walter Jones campaign is taking legal action against him.

[…] Ryan Kane, a spokesperson for Dacey, conceded that point in an interview with The Intercept. “I mean, yes, perhaps there was no direct — there may have been no direct link, or no direct donation [from the Soros family],” he said. In order to try to forge the connection between Jones and the Soroses, Kane pointed to a 2014 Politico article in which the younger Soros highlighted Jones as a Republican willing to back campaign finance reforms.

[…]And if Jones is doing George Soros’s bidding, it would be hard to tell. The attack ad notes Soros’s support for gun control, for instance, but it does not mention that Jones has earned an “A” rating from the National Rifle Association, having opposed virtually all gun control measures.[…]

And NOW we get to the nonsense about the Soroses “bundling” money to Jones:

The Dacey campaign claims that the $80,000 is “Soros-backed” because the payments were processed through Democracy Engine, which is a payment processing service that was, at one point, used by Friends of Democracy.

Although Democracy Engine works with some progressive groups, it is billed as nonpartisan. The $80,000 was given by individual donors, none of whom happen to be named George or Jonathan Soros.[…]

So, Democracy Engine is akin to PayPal.  And NOBODY named Soros gave Jones any money.  (Still with me?)

[…]Actually, Democracy Engine is not owned by Soros, even if it was used to process payments by both Friends of Democracy and the Jones campaign through NationBuilder. 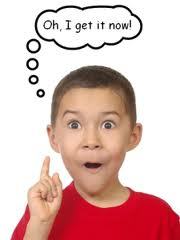 Democracy Engine CEO and majority owner Jonathan Zucker declined to comment on the relationship with the Jones campaign, but told The Intercept that Friends of Democracy is not a client for the company this cycle, and that a page on the organization’s website about Jones should have been deactivated after the 2016 election cycle. After we called it to his attention, Democracy Engine deactivated the page. 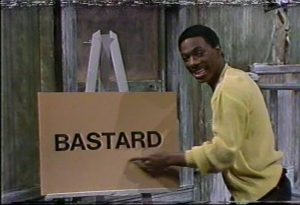 “Democracy Engine is a donation processing platform.  We have no ties to George Soros.  The closest tie we could possibly have is if some entity to which Soros contributed were to process donations through our system (we handle processing for several thousand political candidates and nonprofits),” he wrote in an email.

4 thoughts on “Wheels coming OFF on Scott Dacey’s Soros fantasy?”