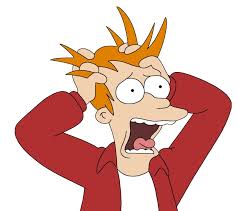 Just when I think the NC Chamber can’t sink any lower, they DO.  You expect a meme like ”Spend more government money or the babies will die” or ”Don’t cut any government spending or the babies will die and the world will end” from any of the usual left-wing suspects.  (Blinking’ Chris, for instance.) But not from the alleged defenders of capitalism in The Old North State.

This is NOT your grandpa’s Chamber of Commerce.  It’s not the group who hosts golf tournaments and great banquets locally.  The NC Chamber is a gaggle of big businesses, mostly in Charlotte and The Triangle,  who employ lobbyists and have government subsidies and / or “favors” as an intricate part of their business plans.   They can afford the costs government hands down to us, and have the,um, connections to get exemptions when they want them.

Well, The Chamber thinks we need to spend a whole lot of money RIGHT NOW on roads and “infrastructure.”

The Chamber has a web site up: www.nccantaffordtowait.com .  One of the first things you see when you browse to the site is this headline:

Open up your wallets, shell out a lot of money right now, or something bad is going to happen to your kids on the way to school.

All this comes while the governor and his allies in the state House are trying to sell the idea of letting us vote on taking on BILLIONS in new public debt for road and infrastructure maintenance and construction.

The approach favored by the governor and House includes local government matching requirements.  If your county or city doesn’t have money sitting ready to match the state’s contribution,  your local property taxes and other “fees” and the like are going to go up. 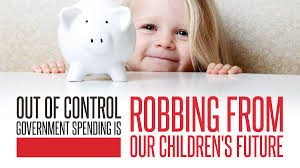 Bonds involve borrowing based on the assumption that you have a need to pay for that you don’t have money for right now.  In a lot of ways, it’s like credit card debt. The way to pay off additional obligations is to increase your cash flow.  How does government do that? Shake more money out of us.  (And how do they do that?)

The Chamber’s fear-mongering ridiculous site includes two radio ads.   “Our economy is on a collision course with poor infrastructure”  the first ad tells us.   Long-term infrastructure funding reform is what the call it.  (That sounds sooooooo  much better than vote in favor of forking over even more of your hard-earned money to the state.) 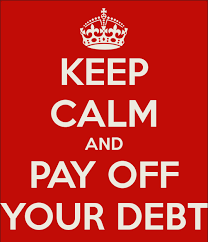 d on the
site tells you that — if you don’t cough up the cash — something bad will happen to your kids on the way to school and it will be YOUR FAULT.

(It sort of reminds me of former congresswoman Pat Schroeder (D-CO) crying on the House floor about how Republicans will starve and kill all of these children if the budget cuts in The Contract With America went through.  Actually, it sounds a lot like the marketing for Obama’s stimulus.)

These ads are showing up on radio and TV stations all across the state.  They play on your fears. They don’t tell the whole truth.  It’s what your chamber dues are paying for.

Why doesn’t The Chamber ask hard questions about where all of that gas tax money has gone?  We pay one of the highest gas taxes in the country, and yet we hear all of this moaning from Raleigh about how we just don’t have the money to meet our road needs. Well, how does everyone else in the country do it? The gas tax money is not supposed to be spent on anything but roads!

Why doesn’t The Chamber quiz NCDOT about its construction priorities?  Supposedly, all of our kids are in danger.  But many of us frequently see paving jobs underway on little-used secondary roads.  (Save the babies, first!)

We also get the same kind of moaning about education funding.  I thought the lottery was supposed to handle all of that.  Why doesn’t The Chamber actually stand up for the little people outside the beltline and demand and accounting of THAT MONEY?

It won’t happen.  It’s too much fun climbing in bed with the politicians and trading favors. But do yourself a favor — the next time you see an ad or a mailer with “NC Chamber” on it, remember their record of cheerleading for big government and crony capitalism.