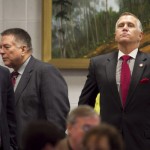 The 2002 power-sharing deal in the North Carolina House between Democrat Jim Black and Republican Richard Morgan was one of the most divisive, acrimonious periods in the state’s political history.  Then-Mecklenburg County legislator John Rhodes (R) was making waves (and news) as the leading critic of the Black-Morgan regime.

Many observers believe that Rhodes’ efforts earned him a 2006 primary challenge from then-former Cornelius town commissioner Thom Tillis.  In fact, Tillis took Rhodes to task for his criticism of Morgan in a news release posted on the 2006 Tillis for House campaign web site:

Thom Tillis called on a group of 98th District voters to recall John Rhodes from the 98th District seat in the House of Representatives.  Tillis’ comments were made among a gathering of interested voters in response to Rhodes’ most recent call for Tillis to call for House Speaker Jim Black’s and Speaker Pro Tem Richard Morgan’s resignation. 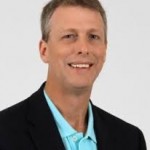 Tillis called on voters to recall Rhodes on May 2nd.  Tillis says “Rhodes’ recent challenge is another stunt to shift the focus away from his failed record as our legislator, his failure to receive support from a single municipal elected official who serves the Towns in the 98th District, and his failure to articulate a plan for the issues our constituents care about the most.”  Tillis says, “Mr. Rhodes seems to be more focused on settling scores with Raleigh politics instead of doing what he was elected to do–advocate for the hard working citizens of the 98th District.”

Hmmm.  I wonder what Robert Brawley and Larry Pittman have to say about this whole settling scores with Raleigh politics thing?

Rhodes’ efforts were considered key by many in getting law enforcement interested in the prosecution of Jim Black.  His efforts against Morgan helped fuel efforts to successfully primary Morgan — who ended up losing in 2006.

Boy, this Internet thingie is a nifty tool.