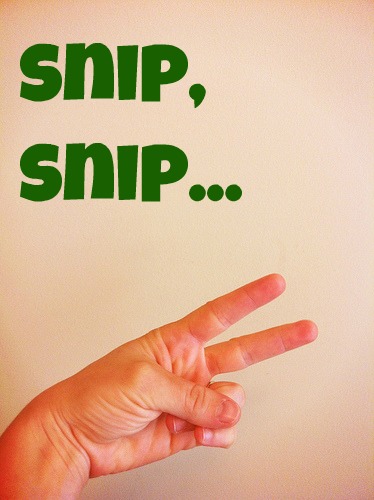 President Trump is nominating a new candidate for a federal judgeship covering the Carolinas:

Trump had twice nominated Raleigh lawyer Thomas Farr to be a judge in the U.S. District Court for the Eastern District of North Carolina.

But Farr never received a full vote in the Senate. His nomination was doomed after Sen. Tim Scott, a South Carolina Republican and the lone black Republican in the Senate, said he could not support Farr, who was dogged by work he did for former Sen. Jesse Helms’ campaigns in the 1980s and 1990s that critics say disenfranchised black voters.[…]

Federal  judge nominations typically result from the recommendations of senators from the president’s party from  the affected state(s).  Thom Tillis initially recommended Tom Farr, but sat quietly as Farr was savaged — as a racist — by The Round Rev and associated vermin.

It’s quite unusual to get someone nominated by the president, and then leave them hanging out there undefended for the opposition to beat on.

[…]A vote to confirm Farr was scheduled in the Senate in November 2018, but never held after Scott said he would not vote for him. Some conservatives pushed for Scott to change his mind and let Trump nominate Farr again in 2019, but Scott did not budge.[…]

Sources in the know on this matter tell me the screwing of Tom Farr and the nomination of THIS GUY is all part of some horse-trading with South Carolina’s Scott.  Publicly stomping on a man’s reputation to do a solid for a fellow senator.   *What’s not to love about that?* 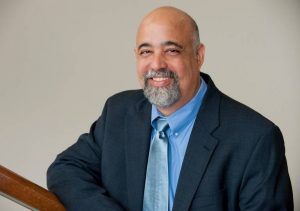 Myers is apparently a buddy of Scott.

[…] The judgeship has been open since Jan. 1, 2006. Farr was first nominated by President George W. Bush, but did not receive a vote.

Former President Barack Obama nominated two African-American women for the position, but neither Patricia Timmons-Goodson nor Jennifer May-Parker received a vote. Republican Sen. Richard Burr of North Carolina blocked the nominations in a dispute with Obama.

Now the Senate has a new nominee to consider.

Myers, 51, is a native of Kingston, Jamaica, and immigrated to Wilmington as a child. He is a two-time graduate of UNC-Wilmington and earned his law degree from UNC-Chapel Hill in 1998. He joined the faculty at UNC Law in 2004. Myers worked as a reporter for the Wilmington Star-News from 1991 to 1995. According to the paper, one of the stories he covered was the murder of James Jordan, the father of basketball star Michael Jordan.

Myers clerked on the D.C. Court of Appeals for Judge David Sentelle, a North Carolina native. He worked as an assistant U.S. attorney for the Eastern District of North Carolina, focusing on white-collar and violent crimes. He also practiced law in California and defended accused spy Wen Ho Lee.[…]

Sooooo  — It’s   BAD to be Jesse Helms’s lawyer, but not to be the defense counsel for a Chinese spy?

[…]“Professor Richard Myers is an outstanding choice by President Trump; a well-qualified nominee who possesses a wealth of legal experience and an inspiring personal story of living the American Dream,” Sen. Thom Tillis said in a statement.

Tillis, a North Carolina Republican, was a staunch supporter of Farr’s nomination.[…]

THAT is just a lie.  McClatchy’s Brian Murphy and his editors ought to be ashamed to allow that sentence into print.

[…] Tillis is a member of the Senate Judiciary Committee, which twice advanced Farr’s nomination.

“In his current role, he has also demonstrated a strong commitment to mentoring the next generation of legal minds as the advisor to UNC’s Federalist Society chapter,” Burr said in a statement. “I believe he will serve the Eastern District honorably, and I look forward to the Senate’s consideration of this well-qualified nominee.”

Myers lists his race as “two or more races” on his most recent voter registration. His ethnicity is listed as “undesignated.”

Rep. G.K. Butterfield, a Democrat who represents part of the state covered by the Eastern District, said the court needs racial diversity. It has never had an African-American judge despite serving a community that is more than 30 percent minority.

“Our senators should have pushed for integrating the Court,” Butterfield said in a statement.

In response to Butterfield, Burr wrote on Twitter: “I’m proud to have recommended Professor Myers to serve as a judge for the Eastern District of North Carolina. He does bring diversity to the federal bench – as well as scholarship and legal brilliance.”[…]

What a couple of dirt-bags we have “representing” us in the US Senate.