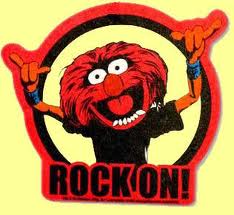 The Tenth Amendment to the U.S. Constitution — which basically says, if it ain’t specifically in The Constitution, it’s a state matter — has been rediscovered by leaders in North Carolina state government.  And the media and their lefty comrades are pissed.

An array of bills citing the Tenth Amendment has been introduced in the legislature  — tackling things such as taxation, health care,   and unemployment benefits:

[…]The GOP bills are an example of New Federalism, part of Republican orthodoxy dating back to former President Richard Nixon [????????] that says power should devolve to the states because they are better able to handle their own affairs, said Andrew Taylor, a political science professor at N.C. State University. […]

Nixon?  Try Madison and that whole constitutional convention thingie more than two centuries ago.  Read On:

[…] The bills also have roots in ideology, Taylor said, with Republicans who don’t like the health care law pushed by a Democratic president who they think is full of bad ideas looking to limit it as much as they can.

The health care bills would prevent the state from doing any more work to build an online marketplace where individuals and small businesses could shop for insurance. The bill would pull the state back from working on the exchange with the federal government. The state won a $74 million federal grant to do some of the work setting up the exchange, but the bill says no new money may be spent.

It’s nice that these folks have latched on to important things like the Tenth Amendment.  Let’s hope this is a lot more serious and sincere than a lot of that big talk we hear during campaign season.  No backroom deals.  No secretive compromises where you back off your position out of fear of a nasty editorial by The N&O.  Stick to those guns.

Citing the Tenth, you could justifiably wipe out a good chunk of the  federally-mandated nonsense shoved down our throats in North Carolina.  Is there enough courage to keep this up on Jones Street?  Time will tell.  So far, so good.