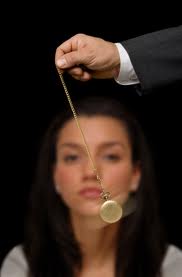 It’s often been said that you can get the attention of — or distract — puppies, kittens and babies by dangling shiny objects in front of them.  It appears — this election year — the Ruling Class in each party is deploying that technique on the suckers –um, voters — they SO need every two to four years.

El Presidente, presiding over a complete disaster, has NOTHING to brag about as he seeks four more years in public housing at 1600 Penn.  He’s apparently decided that gay marriage / gay rights is a great thing to discuss — right in the middle of a national economic disaster.  That should keep the little people preoccupied and riled up while they apply for unemployment and scrape together the spare change to pay for gas.

The economy is #1 on everyone’s list in North Carolina.  The NCGOP is in a great position to build a dynasty in the state.  But gubernatorial nominee Pat McCrory comes out with an education plan.  Then, Senate President Phil Berger comes out with a list of education reforms.  WHY are we suddenly SO interested in public education when THE ECONOMY is clearly the top issue on everyone’s minds?

The Raleigh Ruling Class doesn’t want to talk about the econ0my because BOTH party establishments are at fault.  It’s hard for Pat McCrory, Thom Tillis, and Phil Berger to point fingers at Bev Perdue and Walter Dalton when THEY — the GOP — has had the reins of power on Jones Street for two years.   The Republicans have HAD the votes to do basically anything they want to do.  But we’ve seen NEXT to nothing in terms of deregulation or tax cuts to jump start the economy.  We’ve still got an outrageously high gas tax that is adding to the pain that North Carolina’s economically distressed residents are already feeling.  The GOP majority couldn’t find time to cut it substantially so that is actually more in line with our neighbors in SC, TN, and VA.   Of course, we got some mumbling about “not having the votes” and mean ol’ Bev vetoing stuff.  Who Cares ????

Make the folks on the left side of the aisle VOTE AGAINST tax cuts and deregulation in the middle of an economic disaster.  MAKE BEV VETO deregulation and tax cuts aimed at jump starting economic growth.  If they do it, you’ve got great arguments to take before the voters.  If you aid and abet them, by making excuses, you become an accomplice in the destruction of the state economy.

I suspect that a major factor in the sluggishness on the GOP side on Jones Street is the relatively new majority status.  It’s easy to rail against taxes and spending when you are in the minority.  But it SURE IS FUN to make the deals and spend the money when you’re in the majority and people are calling you Mr. Chairman and Mr. Speaker.

In DC, the problem is much worse.   House Majority Leader Eric Cantor is caught up in the “get something done” fervor.  Instead of pushing the ideals of limited government, Cantor and his team are looking to cut deals with Harry Reid and Nancy Pelosi.  Take the recent $40 BILLION reauthorization of the Export-Import Bank.   Democrat Whip Steny Hoyer boasted to the press that Cantor came to him seeking help on approving the spending bill, because he could not get enough Republican votes.  Obama and his team in the Congress got EXACTLY what they wanted, thanks to the hard work of Eric Cantor.   Is this what we voted for in 2010?  Making deals with the devil, himself?  HELL, NO.

The Ruling Class got a lot of what they wanted in the recent primary by pushing the idea of  “unity” — so Obama can join the ranks of the unemployed and Pat McCrory can finally get a real job.

What’s the use of voting Obama out and McCrory in if “our guys” are going to be doing a lot of the same stuff the guys we threw out were doing?

We’re stuck — for now — with a crappy bunch of cards.  Our job is to keep the heat on these charlatans for the next two years.