Every day it becomes more clear that we live rent-free in Thom Tillis’s head:

[…] ”Well, I think the media plays an important role. I think what the governor may be referring to are people that I don’t necessarily consider to be the credible part of the media. Because it’s a very difficult thing these days with the Internet — anybody can appear to be a journalist. I think the best way to fight your detractors is to produce positive results and not think about them, but think about winning the hearts and minds of North Carolinians or Americans on good policy. You’re always going to have your detractors.[…]

Hmmm.  *I wonder WHO ol’ Thom is talking about there?*

It’s so good to see that Thom Tillis has taken that pomposity and smugness, that we came to *love and cherish* during his time on Jones Street, to Washington.  Brace yourselves, though.  His Smugness has  taken shots at us in the past: In fact he’s compared us to “road kill” that he — apparently — likes to occasionally slow down and look at. THAT pr 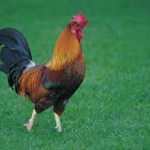 actice — taking delight in examining roadkill —  is a fetish I don’t think I’d be telling all my friends about.

For a guy who really isn’t worried about our lil’ ol’ “roadkill blog,” he sure devoted an inordinate amount of time to dispatching his Jones Street goons to find out WHO was leaking inside info to us.

Around here, we’re convinced that THIS GUY thinks he won the race because people see him as so incredibly smart, smooth and competent.  Never mind that he got busted exaggerating his educational and professional credentials.  Never mind that he didn’t come close to meeting the fundraising goals he bragged about prior to filing for the seat. Never mind that he slipped across the finish line, with less than a majority of the vote, just ahead of a Domino’s pizza driver and a politically-flatlining Democrat incumbent.  Never mind that he lost the two counties — Mecklenburg and Wake — where he’s best known. 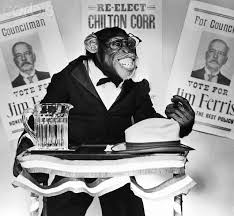 All I heard about the Senate race was how important it was to cripple Obama by knocking out his foot soldier Kay Hagan.  Bonzo the Chimp would have been sworn in by Joe Biden on Tuesday if he had won the GOP primary.  Kay was a dead woman walking.

I think the interviewer was trying to get Tillis to talk about Gov. Pat McCrory’s  feud with the AP’s Michael Biesecker.   Biesecker tried really hard to fabricate a scandal where none exists.  But McCrory made it a much bigger deal by throwing a fit.  He and his team should have made these points: (1) No law was broken, (2) Nobody gained anything special or illicit from McCrory or his administration as a result of the payment, and (3) it was a standard practice for that organization and many others like it.  In other words: Where’s the fire?

But Team McCrory decided to swat an annoying fly with a bazooka.  Total overkill.  But, in this case, Tillis heard the word “media” and started foaming at the mouth thinking about our lil’ ol’ web site.    (Kinda Pavlovian, if you ask me.)

We don’t mind Thom Tillis thinking about us.  We just hope he’s not doing it during those John Warner-style naked swims in the Senate pool.