We wrote earlier about how the reauthorization of the big federal crony capitalism trough, aka The Export-Import Bank, is coming up after the primaries.

Renee Ellmers voted for it and praised it as an important vehicle for small businesses.  Well, George Mason University’s Mercatus Center has thrown some cold water on that spin:

[…] The charter authorizing the US Export-Import Bank, a federally owned export credit corporation, is
set to expire on September 30, 2014. Economists, policymakers, and commentators have long
understood the many flaws of government-subsidized export schemes: They are unnecessary,
inefficient, and unjust. However, the Bank continues to be reauthorized by Congress every five
years. […]

Who are these “small businesses” that Renee Ellmers and the GOP House leaders fight so hard to protect with our tax dollars? 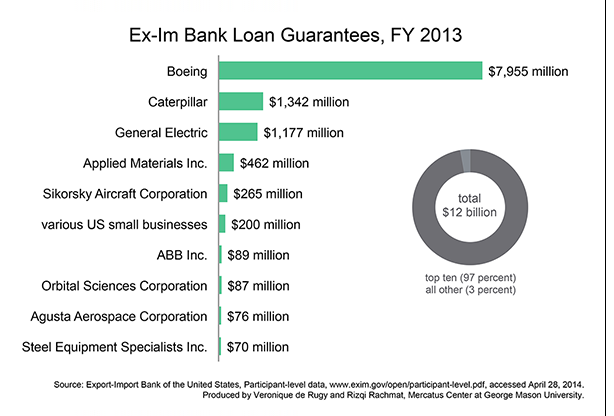 No mom-and-pops here.  It looks like a bunch of huge multinationals with army of lobbyists who dump lots and lots of money into campaign treasuries.  Wait, there’s more: 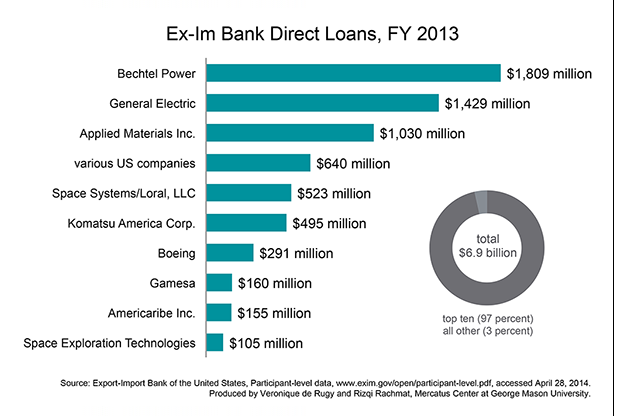 Ah. “Direct contributions.” And there is also “insurance” that we’re paying on these private business deals: 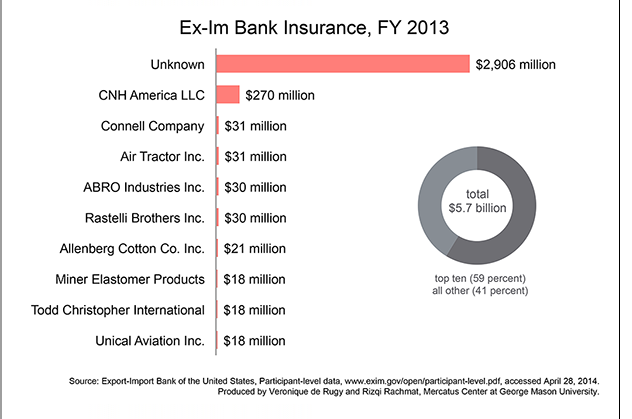 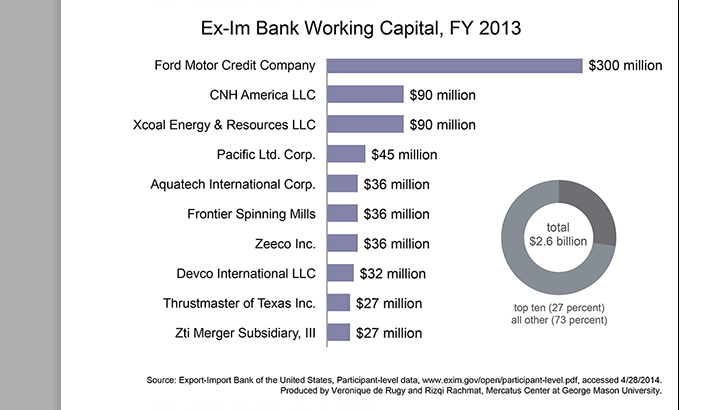 We’ve got a bunch of corporations traded publicly on stock exchanges.  While jobs are being shipped overseas, and people are being laid off — while regulations are being piled up and taxes and fees are being increased, money confiscated from us by the IRS is being used to subsidize the private business deals for these major corporations.

Are you mad yet?  Have you voted yet?

One thought on “The Ex-Im Bank: Corporate welfare at its, um, finest”