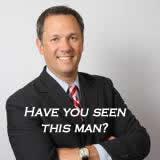 The 2012 election cycle didn’t offer a lot for Tea Partiers to get excited about.  One candidate we could embrace was a tough-talking, passionate architect-turned-amateur-politician from Raleigh named Dan Forest.  Dan was running to replace Walter Dalton, who — at the time — was the most invisible lieutenant governor the state has ever had.

Dan traveled the state in a campaign bus for two years prior to the vote.  He shook a lot of hands and spouted a lot of good solid positions on the issues, like THESE.  A lot of Tea Party – aligned folks — us included — thought we finally had a leader we could get behind.

Well, Dan squeaked by Democrat Linda Coleman and got sworn in as lieutenant governor.  Since then, he’s made the news twice — once for   a belated statement on driver licenses for illegal aliens, and a second time for headlining a fundraiser for House speaker Thom Tillis.

There have been some really pitched battles in Raleigh.  GOP leaders in the legislature, and the GOP governor, had to be dragged kicking-and-screaming to the fight against ObamaCare.  Not a word out of our Tea Party-backed lieutenant governor.  There has been a real fight over voter ID — another vital issue for the grassroots.  Not a peep out of the lieutenant governor.

Well, ABC NewsChannel 11 seemed to be thinking along the same lines we have.  They ran a segment, narrated by Larry Stogner, called “Who is Dan Forest?.”  Stogner opened his piece this way:

“Folks got a look at Dan Forest in campaign ads before the election , but since then he’s been all but invisible to the public.”

(Google backs that statement up.  Most of what you find about Dan comes from his 2012 campaign site and coverage of the November recount drama.)  In the Channel 11 piece, Stogner AND Forest attributed the ”invisibility” to the nature of the office, and not necessarily anything Forest has or has not done.  Forest said he spends a lot of time presiding over the state Senate.  That’s funny.  President Pro Tem Phil Berger does too, and he doesn’t seem to have any difficulty getting face time in the media.  Berger didn’t have to run statewide, either.

(I would bet a lot of money that if the lieutenant governor sent out word that he had something to say about voter ID or ObamaCare implementation, while either issue is being debated, he’d get some press attention.)

Stogner illustrated his “invisible” theme by showing several men (and women) on the street a photo of Forest, and asking them if they could ID the man in the photo.  None could.  One well-dressed, seemingly-educated man swore the photo was of Channel 11 sportscaster Mark Armstrong.

Stogner pointed out to Forest that he got elected with a lot of support from the Tea Party.  Forest acknowledged that, but did mention that his job is not to compete with the governor, but to act in a “support” role.   (Did Bob Jordan “support” Jim Martin?)  I would agree with that IF he ran as a ticket with Gov. Pat.  But, he didn’t.  And any honest GOP campaign insider can tell you that Gov. Pat and his team did next to nothing to help Forest get into office.

I don’t think any of us are asking Forest to attack Gov. Pat.  I think people would simply like to see Forest take a more visible role in state government and give voice to the issues and positions he campaigned on.  Our state and country are in such a precarious position that we NEED someone in a position of influence advocating for the ideals of freedom, liberty and limited government.

29 thoughts on “The disappearance of Dan Forest”