The people are seeing just what Richard Hudson wants them to see — just like with the emperor in that fairy tale.

Hudson moved back to North Carolina — after a long tenure in DC — to run for Congress in 2012.  He fraudulently passed himself off as a local small businessman during that campaign — and continued to do it, after being exposed by Democrats AND this site, as late as the 2016 Eighth district Republican primary.

He talks a big game to try and pass himself off as a conservative.  But he has steadily held an F-rating for conservatism from Conservative Review, and has become renowned around DC as a yes-man for Paul Ryan and the rest of the GOPe.  Hudson has talked a tough game here in the state about the need for tax cuts and the repeal of ObamaCare, but has in recent months been carrying the water for Speaker Ryan’s go-slow-mo-snail’s-pace agenda on cutting taxes and repealing ObamaCare.

Despite the lying about his own bio and the double-talk on the issues, the party faithful in the Eighth District are swooning over the young man from Cabarrus County.  In fact, it was on full display at the Moore County GOP convention earlier today.  The party faithful are mostly impressed with Hudson’s taking of their phone calls and responding to their letters.  Hudson spoke to the assembled delegates amid roaring applause, and then hung around to be treated to testimonials in his honor that sounded more appropriate for Billy Graham, Franklin Graham (or even JESUS) than a two-term congressman with a thin résumè and a serious case of mealy-mouthedness.

Is this what has become more important to Republicans?  Many of us would be hesitant to hire someone at our places of business who lies about his résumè.  But it seems like way too many Eighth District Republicans are exuberant about hiring someone like that to make big decisions on their behalf in DC. 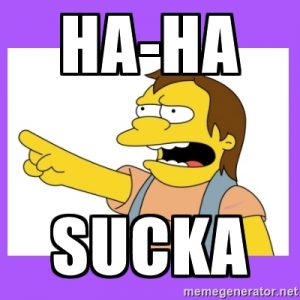 Are conservatism and the party platform optional, as long as you get your phone calls returned and letters answered?  It’s Republicans who have been in charge of the national purse while our national debt has exploded over the last seven years.  We gave them a majority in 2010 to repeal ObamaCare.  Yet, here we are in 2017 with no repeal in sight.  (Ol’ Rich is trying to sell us on 2020 or 2021 or something like that.)

Howard Coble played the same game Hudson is now trying to play masterfully.  Coble spent a lot of time shucking-and-jiving among the little people.  He was diligent about returning phone calls and answering mail.  Yet, he ran up an awful voting record that might honestly have classified him as a slightly-left-of-center Democrat.  It worked like a charm for Coble — earning him a few decades in Congress.

4 thoughts on “The congressman has NO CLOTHES”