It appears the NC State Board of Elections is getting some investigative assistance. It’s a good thing: they’ve got a quarter million pending cases that need to be worked.

State elections director Kim Strach let slip in her comments to McClatchy that a probe of state Senator Fletcher Hartsell (RINO-Cabarrus) is among those pending cases.  In January 2013, news broke that Hartsell had used campaign funds to pay off $100,000 in personal credit card debt.  The state board promised to audit the senator’s campaign filings within “a few weeks.”  Again, that was January 2013.  And here we are in May 2014. 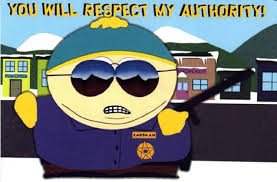 During this time, we’ve heard about Hartsell’s involvement in a Cabarrus County economic development group that ended up dumping significant funds into the campaign of a 2012 lieutenant governor hopeful.    Hartsell also dealt with some unflattering publicity about his law firm’s handling of an estate case.

Hartsell hopped aboard the Tillis For Senate campaign team during the primary.