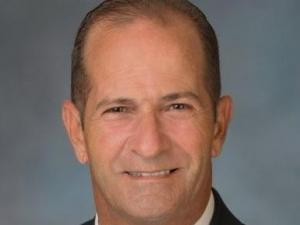 Rob Christensen for this year’s “Laziest PoS in the Newsroom” title.  So far, the competition looks quite,um, heated.

Is Speciale a powerful resident of Jones Street?  Nope.  He’s in the majority.  But he hasn’t bought into the CORRUPTION game.  He’s still actually trying to speak for — and represent — the people back home.  So, he is hated by the crowd inside the beltline.  And kept in the corner.

Whenever they get a chance, the beltline crowd will fling a flaming bag of poo at Speciale.  They tried to smear him over the legal problems of his adult son.  How many of you out there want — or think it is fair —  to be held responsible for the actions of your grown children?  I know MY FOLKS don’t. 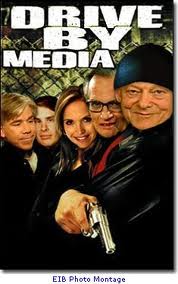 I KNOW Campbell has not been sitting around monitoring Speciale’s Facebook page,  One of the opposition research toadies slithering around that town had to have passed it to him.

My question to Campbell is this — why not highlight a really spectacular case like Tricia Cotham?  We posted some of the, um, highlights from her Twitter account.  Upon reading those Tweets, it is easy to come away with one of two conclusions: (1) a four-year old got a hold of Cotham’s Twitter handle and password, or (2) the legislator may be impaired by some kind of developmental disability.

Is no one in the N&O newsroom concerned that this woman — in a position to make important decisions for our state — thinks Christmas is in November?

Speciale is a principled conservative who gave two decades of his life to defending this country in the United States Marine Corps. Cotham has cruised through life on the coattails of her politically-influential mama.  It’s suspected that she may be running to replace June Atkinson at DPI.  That’s all the more reason to give what few readers The N&O has left a good hard look at what’s going on in the mind of the woman from Matthews.

This hit won’t hurt Speciale back home.  The N&O doesn’t have much penetration in that part of the state.  And an overwhelming number of folks in his district agree with the sentiments posted on his Facebook page.

This is the kind of crap that keeps a lot of good people from stepping up and serving their state and country.  Sometimes, I don’t know how people like Speciale put up with it.  But the man has my respect.  And he should have yours.

24 thoughts on “Smacking Speciale (But what about lil’ Tricia?)”