North Carolina has an abundant supply of people calling themselves “political consultants” who really don’t have much of a clue.  Unfortunately, the NCGOP has more than its fair share of that surplus.  I, for one, am incredibly frustrated by quality candidates going down in flames thanks to pee-poor advice from these “political consultants.”

Many of these so-called consultants are not long out of college.  Many are forced on candidates by NCGOP HQ and other elements of the NCGOPe.

One example I can think of as OVERRATED is RedDome Group.  Its marquee 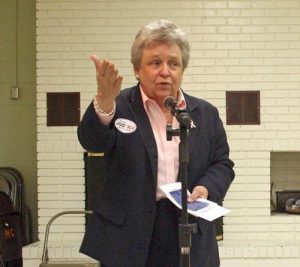 operative is former legislator and NCGOP vice-chairman Carolyn Justice.  Ms. Carolyn has been a devout acolyte for Dallas and his grandpa Robin.  She was also a steadfast warrior for CO-SPEAKER Richard Morgan.  Justice is attached at the hip to the GOPe.  And it is amazing how many candidates — seeking to knock off an establishment candidate — HIRE HER.

When you come across a race where a candidate lost a very winnable fight, there is a strong likelihood that campaign paid RedDome for some kind of help.

Granted, they were on retainer to Mark Harris when he pulled off the upset of Pittenger on Tuesday.  I’ve got great contacts in that district.  I could have told you it was Harris’s to lose three months ago.  RedDome benefited from the old right-place, right-time algorithm.  There is STILL a general election against a well-funded Democrat out there. 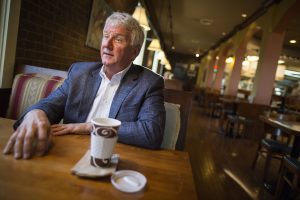 Shumaker.  He is the Raleigh GOP’s go-to-guy. He charges a pretty penny for his services.

But let’s look at the recent track record.  In 2014,  Kay Hagan was primed to receive a vicious pounding at the polls.  Yet, Shumaker’s candidate Thilli$$$ nearly blew it.  Shumaker even admitted to the drivebys that he went into election day thinking Thilli$$$ was going to lose.

Thilli$$$ couldn’t manage to crack 50% against Kay “Dead Woman Walking” Hagan.  And yet Shu’s bank account got seriously fattened and he continued to be celebrated as some kind of maestro. (In 2016, Shu was the brains behind the candidacy of one Jim O’Neill, the guy Buck Newton dispatched in the GOP primary for attorney general. Another big loss.)

On Tuesday, Shumaker managed to blow not one, but TWO congressional races.  Shu was the adviser for Indian casino lobbyist Scott Dacey in the three-way 3rd district GOP primary for Congress.  Dacey, despite raising and spending record amounts on the race, managed to come in THIRD behind vulnerable incumbent Walter Jones and a perennial candidate who (1) didn’t even live in the district (2) promoted the wrong date for election day on his TV ads, and (3) spent less than $70,000 on the race.

Talk about an expensive THIRD PLACE finish.  It’s kind of reminiscent of John  Connally’s 1980 run for the GOP presidential nomination.

But Shu got paid.

Over in the 9th district, Shu was the brains behind Robert Pittenger’s stunning collapse.  Just about a month ago, two polls got released to the drive by media showing Pittenger up by 30 points.  When the smoke cleared on Election Day, 54% of the GOP electorate in that district picked someone other than  Pittenger.   (Mark Harris topped Pittenger by 2 percent.)

So, what can we learn from all this, boys and girls?  You can keep hiring people like this to manage your campaigns, get your wallet emptied, and blow (or nearly blow) a very winnable race.  Or you can  do something DIFFERENT.