Now that I’ve had some time to decompress and analyze it all, here are a few thoughts:

Conservatism is DEAD. Stick a fork in it.  On the eve of the primary, the alleged conservative revolution on Jones Street announced a ONE BILLION DOLLAR increase in state spending.  Here in Moore County,  we reelected a 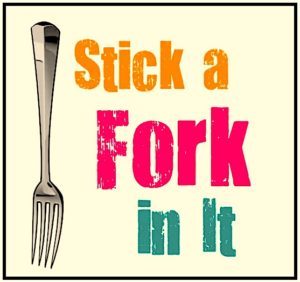 state senator who actually authored legislation that led to sales tax and lottery proceeds being diverted away from our county.  We also reelected a state House member who stood idly by and did nothing while his colleagues swiped our money.  To top it all off, we voted overwhelmingly to raise our own property taxes to pay for desperately-needed new schools that WOULD HAVE been paid for if we had actual representation in Raleigh protecting our cash from the vultures.

Meanwhile, all over the state, Republicans favoring subsidies for wind and solar energy got elected and reelected.  Same for Republicans opposing offshore drilling.  (Meanwhile, the gulf states are enjoying a $188 million revenue windfall thanks to the drilling going on  down there.)

Meanwhile, the Raleigh-based alleged guardians of conservatism in  the Pope Empire are waxing poetically about Lord Fancypants of Runnybritches and his 16th century ruminations on Keynesian sheep-breeding.

The Republican Party took off in North Carolina thanks to the conservative messages of Ronald Reagan and Jesse Helms.  They made it cool to end your family’s tradition of voting Democrat.  Now, it’s all about more government spending and subsidies for alternative energy scams.

Being Nasty and Dishonest Pays Off.  You hear people complain all the time about their alleged disgust with “negative campaigning.”  But time and again, it WORKS.

It worked well on Tuesday.  From Tom McInnis to Kelly Hastings to Bob Steinburg and Bobby Hang, folks who tried it ended up having victory parties.

up having a victory party.  That’s Dan Forest.  He has a great personal following and has been running for a basically meaningless office.  Just wait until he steps in the ring to run for a big-boy office.

How does the NCGOP get back together for November?  The consultants out-did themselves during the primaries.  We had Republicans attacking Republicans much more viciously than they’ve ever gone after Democrats.  After someone has been talking about your (or your candidate’s )mama and calling you (or your candidate) a thief, liar, adulterer, and scumbag for three months, how do you kiss and makeup and campaign  for that person in the general election?

Rush is right.  WE don’t matter.  The political class loves us at voting time.

But on the other 364 days of the year, the guys and gals in the expensive suits and the fat checkbooks roaming the legislative halls of power are the focus of attention.  How do you run an honest grassroots effort when the Asssociation for THIS-and-THAT, which has interests in front of that particular legislative body, is bombing your voters with millions in mailers and ads?

The family values phonies (and the rest of the interest groups).  Political preachers are the worst in my book. Whether you’re talking about The Round Rev or any number of them allegedly on our side.  God and Jesus are about a lot more than party platforms. 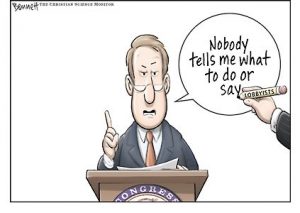 I’ve watched religious right “leaders” endorse and campaign for candidates who spend an inordinate amount of time cussing people out, or intimidating and slandering people who they feel are in their way.  An awful lot of not-very Christian behavior gets blessed and sold to the flock.

And let’s not forget the gun lobby.  These guys played dirty tricks galore.  Challengers to incumbents didn’t get endorsement surveys mailed to them. Yet, the groups sure were diligent about posting the “fact” that said candidate “ignored” the survey.  Several candidates, running against incumbents, who were known NRA members and outspoken 2nd Amendment defenders mysteriously got hit with poor ratings.  And we got no explanation as to how they arrived at the ratings, or even what the questions were on the survey.  In a GOP primary, a C or D-rating from the gun-lobby is a kiss of death.

Just like with the “family values” crowd,  the actual issues don’t matter.  It’s all about staying in the good graces of the legislative leaders and the incumbents.

Maybe Ayn Rand’s John Galt had a point.  He recognized the mess was too big for him to “fix,” so he decided to drop out and take care of himself.  Believe it or not, this website is not some multi-million dollar empire.  Calling it 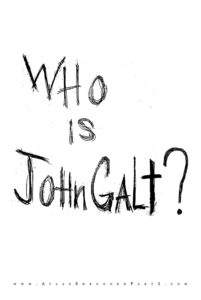 shoestring is kind.  Nobody gets paid.  We get a little money from the ads you see.  But that doesn’t come close to paying the cost of bringing this info to you.  This is a labor of love for me and my small band of co-conspirators.  We’ve all got other things we could be doing with our time.

I know we’re getting the views — the eyeballs.  But I’ll have to admit it’s disheartening when  you so work so hard to dump all this info out there and people either don’t show up to vote or fall for consultant-generated nonsense. It often evokes the question:  What’s the point?

35 thoughts on “Takeaways from Tuesday”