We learned this weekend, thanks to a leak to the drivebys, that GOPe uber-consultant Paul Shumaker is doubling down on his “concerns” about Donald Trump:

Even as Republicans pour more ground forces into North Carolina, a top GOP strategist has warned that the “Trump Factor” could be costly for GOP candidates this fall. 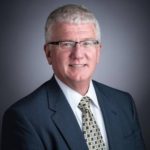 Paul Shumaker, whose clients include U.S. Sen. Richard Burr and U.S. Rep. Robert Pittenger, told Pittenger in a private memo that 20 percent of N.C. Republicans view Donald Trump unfavorably – and many of them could stay home.

“If (that) happens, this will have a potential negative impact of 3 to 6 percentage points for all GOP candidates,” Shumaker said in the memo obtained by the Observer.

In his Aug. 28 memo to Pittenger, Shumaker said Trump has failed to solidify support among fellow Republicans.

“On average, 20 percent of registered Republicans remain unfavorable to Trump, with these unfavorable numbers rising in the urban and suburban centers of which most of the conservative parts of the 9th district is comprised of,” he wrote, adding that those voters are likely to vote for a third-party candidate or stay home.

He’s talking about the SAME crowd that went for Obama, Kay Hagan AND Pat McCrory in 2008.  MORE:

Shumaker’s estimate that anti-Trump Republicans could cost GOP candidates up to 6 percentage points at the polls is consistent with other estimates. Vox puts the electoral cost at 4.6 points. It calls that “the Trump Tax.”

Burr supports Trump, but has appeared to distance himself in some ways and rarely appeared with the candidate in North Carolina. He has a 2.6-point lead over Democrat Deborah Ross in the latest polling average from Real Clear Politics.

This is further evidence that the GOPe is laying the foundation to BLAME TRUMP for their poor showing at the polls.  Never mind that Richard Burr has been AWOL on the ObamaCare fight, the fight against amnesty for illegals, has voted FOR child care subsidies and environmental regulations, and has championed increased governmental eavesdropping on the populace. (Oh, and refusing to block insider trading in Congress.)  *His troubles are ALL Trump’s fault.*  (SMDH)  MORE:

The GOP divisions were evident at the Republican National Convention, where delegates from North Carolina and elsewhere were split over their nominee. And they were reflected in a tweet Friday from conservative John Hood, president of the Pope Foundation.

HILLARY CLINTON IS DISTRUSTED BECAUSE SHE IS DISHONEST. DONALD TRUMP IS DESPISED BECAUSE HE IS DESPICABLE. NO NEED TO OVERTHINK THIS.
Tweet from John Hood, president of the Pope Foundation

“Hillary Clinton is distrusted because she is dishonest,” he tweeted. “Donald Trump is despised because he is despicable. No need to overthink this.”

*Ah, more wisdom from the Kim Kardashian — famous for no reason — of North Carolina politics.*  Somebody’s worried about the longevity of their relevance in the Trump era. MORE:

In an interview Friday, Shumaker said he expects what he calls “Romney Republicans” to come around for the nominee. Former GOP presidential nominee Mitt Romney called Trump “a fraud” and a “phony.”

“Donald Trump has an easier pathway to victory in North Carolina than Hillary Clinton does,” Shumaker said. “The only thing he has to do is unite the base.”

In his memo, Shumaker said candidates such as Pittenger should compensate for any potential falloff in the GOP vote.

“The Pittenger for Congress campaign must budget additional dollars for a conservative voter turnout operation (most likely a call center), something a congressional campaign normally does not do in a Presidential election cycle,” he wrote.

O-Kay.  Putting the scare out there to bump up the consulting fee.  *Smooooooooth.*  Surely, ol’ Bob’s troubles have noooooothing to do with all that FBI and IRS scrutiny.

15 thoughts on “Shumaker: ‘Trump Factor’ harmful down the ballot for NCGOPers”