If you thought things were bad on the north side of the border, take a trip a little ways south to check out alleged Tea Party hero Mick Mulvaney:

[…] “Here’s the surprise,” the narrator says. “The strategy is to target the hardcore Tea Party conservatives like Mick Mulvaney, guys who’ve even voted against Boehner in the speakership elections,” a narrator explained. “If Tea Party stars support their bill, the more cautious Republicans will follow.”

The documentary reveals how Mick Mulvaney is one of the most open borders members of the House.

At a Republican Party Breakfast in Goose Creek, South Carolina, Mulvaney demeaned his conservative constituents and colleagues, such as

Rep. Steve King (R-IA), who oppose Ryan’s mass amnesty plan–suggesting that they are “absurd” and “stupid.”

“We need to stop celebrating the absurd in our party and stop rewarding the outrageous and the stupid,” Mulvaney declared as he made the case for disenfranchising his own voters with mass immigration.

This is not the first time Mulvaney has demeaned conservatives to further his immigration agenda. In a recent congressional hearing, Mulvaney criticized acclaimed Heritage scholar Robert Rector for providing U.S. lawmakers with factual evidence that granting amnesty to poor migrants would strain the nation’s federal welfare programs at the expense of Mulvaney’s own taxpaying constituents. Mulvaney vehemently objected to Rector’s analysis and insisted that admitting poor and uneducated migrants who are “literally starving to death” in foreign countries would be a boon to America.

I’ve said it before, and I’ll say it again.  The big piles of cash from the donor class means more to these clowns than principle or the welfare of this country. They aren’t even pretending to represent US anymore.  The plan — which appears to be working well so far — 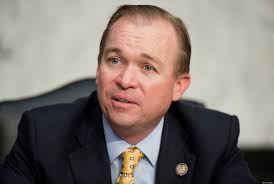 is to gobble up all of this big donor cash, do the bidding of said big donors, and then use all that cash to air ads filled with lies on TV and radio stations back home.  (See Ellmers,. Renee.)

Buying into those lies, and continuing to reelect clowns like this, is akin to fiddling like Nero did while his empire burned down around him.