Roy Cooper wants us to believe he gets ‘er done — like Larry The Cable Guy.  He wants us to think he’s a problem solver who “fixed” the crime lab and the Department of Justice, and is ready to work his magic on the entire state government.  Well, we found some information from 2010 suggesting Cooper knew the state crime lab — which is under his watch – –was a mess and DID NOTHING about it until the drive by media started running stories and lawyers starting threatening lawsuits:

[…] The relationships between SBI crime lab researchers and North Carolina prosecutors aren’t just cozy, they’re downright cuddly. The News & Observer reports that in one case two blood-spatter specialists ran through multiple experiments in order to produce even one that would make the blood patterns on a defendant’s shorts support the prosecution’s case. The two analysts are seen on video high-fiving after finally producing the desired result.

For those clinging to the notion that analysis in a law enforcement-managed laboratory can be independent, the newspaper uncovered prosecutor reviews of crime lab analysts indicating the contrary. In 2003, for example, prosecutor Ann Kirby, wrote in a review of a drug analyst, “If Lisa Edwards gets any better on the witness stand, the Johnston County defense bar is going to try and have her banned from the county!” 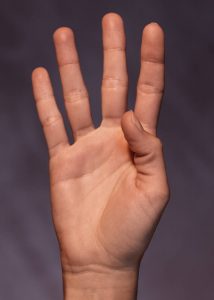 These weren’t a few rogue analysts; the crime lab’s problems extend across a wide array of forensic disciplines. Until 1997, the lab’s serology unit didn’t release negative test results as a matter of policy. If tests showed that a substance that police claimed was blood wasn’t in fact blood, analysts simply kept those results to themselves.[…]

North Carolina Attorney General Roy Cooper is a good illustration of the political hurdles standing in the way of fixing any of these problems. Cooper deserves praise for ordering such a comprehensive investigation. It takes guts for a politican to risk being labeled “soft on crime,” especially a politician who is a current or former prosecutor.

Still, Cooper was made aware of the problems in SBI as long ago as 2005, when he was pressed by local media and activists to look into how Floyd Brown, a developmentally disabled man who can’t recite the alphabet past the letter K, was able to articulate to SBI investigators a detailed confession about how he murdered an elderly woman in his neighborhood. Brown served 14 years in a mental institution before he was exonerated in 2007. Cooper didn’t order an investigation into Brown’s case until last year, and even then only in the face of a lawsuit.

And even after Cooper’s own damning report and the series of follow-on investigations by the News & Observer, Cooper is treating the SBI scandal as if it were a series of isolated cases and not a systemic problem.[…]

Let’s see.  This article I excerpted was written in 2010.  The author alleged Attorney General Cooper was “made aware” of crime lab problems in 2005.  (He started at the DOJ

in 2001.)  The article says Cooper did not order an investigation of the lab until “last year” — in this case, 2009.    And only when threatened with a lawsuit.

It took Roy Coopers FOUR YEARS to get started on fixing a problem involving one of his most important areas of responsibility.   In the private sector, that kind of incompetence and sloppiness gets you fired.  In government, it MAY get you elected governor.