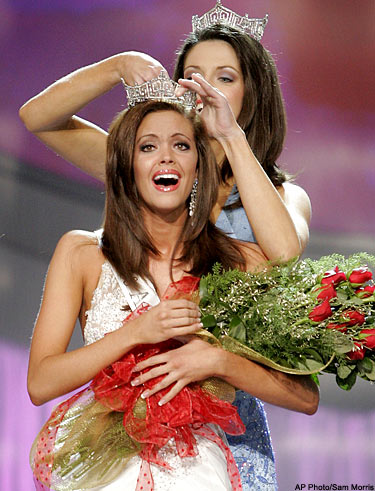 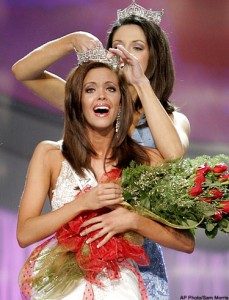 Renee Ellmers is beginning to give a lot of ‘street cred’  to those blonde jokes.

I watched a recent floor speech by the 2nd district congresswoman dealing with concealed carry  legislation.  It was such a rambling, incoherent mess.  I thought — for a minute — I was watching the interview portion of the Miss America pageant.

Ellmers campaigned as a Tea Partier — giving voters the indication she planned to go “shake things up” in DC.  She squeaks by Bob Etheridge on that premise.  However, she goes to Washington, hugs up to John Boehner and Eric Cantor, and becomes a key member of the GOP establishment.

She votes to raise the debt ceiling — a move that was totally a slap in the face to the Tea Partiers who fought for her in the trenches in 2010.  Ellmers has been the subject of flattering articles in The New York Times — a publication that is rarely nice to Republicans.

The left-wing gay rights group EqualityNC is praising Ellmers for her “courage” in speaking out against May’s anti-gay marriage referendum.   She was quoted recently in Politico accepting Occupy Wall Street’s premise that government needs to do something about “income inequality”:

Rep. Renee Ellmers, a freshman Republican from North Carolina, said she is pleased Cantor and others are discussing income inequality. “Anytime we can take an issue that has become at the forefront and discuss it and discuss our position, that’s a good thing,” she said.

“It’s time for the Republican Party to bring these things forward and talk to the American people about it, because I think if there’s one hurdle that we have, it’s that we are completely misunderstood in what we’re trying to do. Anytime we can talk about these issues and lay out our philosophy in regard to it, I think it’s a good thing,” she said.

Wow. That’s almost as bad as the concealed-carry speech.  (At least she didn’t start talking about “world peace”.)