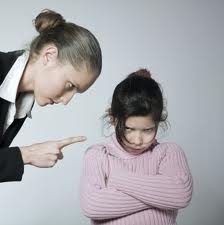 Economist Paul Gregory has an excellent piece on Forbes.com  slapping down the notion put forth by BarryO and his allies that MORE government spending is needed to turn the economy around:

Bill Keller, the former editor of the New YorkTimes, has ventured into economic commentary after tutorials from “a few economists respected for the integrity of their science.” Presumably, they all have impeccable Ivy League or Wall Streetcredentials.  Keller concludes that the state of economics is “rotten” because the “democratization of media has diminished the authority once held — and sometimes abused — by a few big newspapers and broadcasters.”

I, hayseed that I am,  had not realized that the New York Times and CBS – not the editors of the American Economic Review, the Journal of Political Economy,  or the Quarterly Journal of Economics — are (or were to Keller’s regret) the true arbiters of what is good or bad economics. …

Keller is particularly incensed that “shouting economists” claim that the Obama stimulus created no new jobs (He should say no net new jobs). After all,  Keller tells us that a Pulitzer prize winning fact-checking service and the  “still trustworthy” CBO prove that the stimulus “created or saved a couple of million jobs.” Case closed, but no, the rascally Republicans “just went on repeating the claim.”

Keller’s irritation sent me to the CBO study to check for myself.  Table 2 told me all I need to know. The CBO simply attached to the different categories of stimulus spending low and high multipliers “based on past experience.”  (A multiplier is the dollar increase in GDP for every dollar of stimulus spending.) Once the CBO plugged in positive multipliers, the positive effects on jobs was assured. The CBO “proof” therefore depended on its “assumptions,” not on any real facts. Most people appear to believe not the CBO but their “lying eyes” (to use Groucho’s term) when they see their jobs disappear.

I am not the first to notice this little trick, as Keller’s economics tutors would know. Stanford’s John Taylor concluded the CBO estimates are “wrong because they assume ‘multipliers’ for temporary one-time payments or tax changes far in excess of the basic “permanent income” or “life cycle” models (which we teach in Economics 1).” Nor do “they do not take account of the negative growth effects of expected future permanent increases in tax rates.” Keller’s tutors also failed to brief him on Harvard’s Robert Barro, who finds near-zero multipliers in his research. I guess distinguished economists like Taylor and Barro are poor practitioners of “mainstream economic science.” …

I regret to inform Keller that there is no consensus among economists on the need for a stimulus.  There is no single arbiter of what is right or what is wrong. Despite Keller’s claim, the economists I know do have a “reverence for evidence.” Most do applied research using real-world data. We state hypotheses and use econometric data analysis to test them. Many seminal papers are challenged with alternative calculations that claim different results. We live in an “economist-eat-economist” world of scientific controversy and debate. (I pity the poor climate scientists, who might as well pack it in because their science is “proven,” as the NYT likes to tell us).

Keller’s economic tutors did not let him in on a secret well kept within the economics fraternity. We actually have very little about which we are sure. Three quarters of a century after the Great Depression, we are still debating the role government and the Fed played in this catastrophe. More than a quarter of a century after the stagflation of the 1970s and early 1980s, we have still not sorted its causes out.

There are, however, a few things that meet Keller’s criterion of  being “tested many times in the real world.” We know that one-shot tax increases or rebates have little or no effect on the economy. Even novices know that “cash for clunkers” programs simply shift demand from the future to the present. We know, as an empirical fact, that the major expansions of the postwar era have followed reductions in income tax rates. We know that our complicated tax code with its jigsaw of special preferences reduces economic efficiency. We know that factors that raise the cost of doing business, like higher energy prices or costly regulations, reduce output and employment.

Nobel laureates Robert Lucas and Ed Prescott remind us of another proven fact that informs the current debate. The European welfare state, in which “governments typically commandeer fifty percent of GDP,” places enormous burdens on workers and consumers and “breaks the link between work effort and what you get out of it, your living standard.”

Mr. Keller: The real political-economy debate is not over short-term stimulus. Rather, it is whether we want a European-style welfare state. Instead of the entitlement reform that you call for, a significant wing of the Democrat Party wants massive revenue increases to raise entitlements to European levels at the very time when Europe is discovering it cannot afford its own welfare state. Of course, Democrat lips must be sealed on this issue. Elections would be lost if word got out.

Government taking fifty percent of GDP in the United States! A European cradle-to-grave nanny state! Far fetched? Impossible?   Not at all. In an earlier post based on an indiscrete New York Times report, I showed that the combination of accepting President Obama’s budget (rejected resoundingly by Congress) and the automatic expiration of all of the Bush tax cuts would place us near European rates of government taxation . It is easier than you might think.

If Mr. Keller wants to address important issues, he should single out this one. It is the issue on which the 2012 elections should be based.