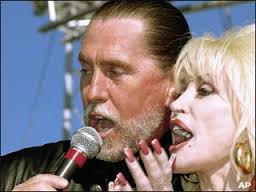 Ernie Pearson has been a player around Raleigh for some time.  He was a big shot in Governor Jim Martin’s Commerce Department. He was a founder of The Sanford Holshouser Business Development Group — based in the firm founded by the two former (now deceased) North Carolina governors.  He’s now an attorney with legal powerhouse Nexsen Pruet.

Remember the fiasco surrounding The Randy Parton Theatre in Roanoke Rapids?  The deal put a lot of money into the pockets of political insiders while putting the taxpayers of Roanoke Rapids and North Carolina on the hook for a highly dubious, very risky business venture fronted by country superstar Dolly Parton’s brother.  Reading back through the news clips on the fiasco, you stumble across stuff like this from 2007:

ommission that recruited Randy Parton, while also serving as an attorney for Parton and his newly formed company Moonlight Bandit Productions in his negotiations with the city of Roanoke Rapids. Pearson said Wednesday that he had no conflict of interest in representing Parton and the commission because “Parton had no relationship with the Northeast Commission.” […]

Billing records and other documents obtained by Carolina Journal show that Pearson began performing legal work for Parton as early as January 2005. At that time Pearson was also the attorney for the Northeastern North Carolina Regional Economic Development Commission and its related organization, North Carolina’s Northeast Partnership. Those organizations terminated their relationship with Pearson in March 2006.Pearson served as Assistant Secretary of Economic Development for the North Carolina Department of Commerce from 1989 to 1993. He joined the Cary-based Sanford Holshouser law firm in 1993. According to his bio on the firm’s Web site, Pearson’s “experience makes him exceptionally well suited to work with companies considering new business locations, expansions, restructuring financing and international business dealings.” […]Documents obtained by CJ show that Pearson obtained a 3 percent equity interest in Parton’s company on or before March 2, 2006. Pearson told CJ that his becoming a part owner of the company did not create a conflict of interest. He said he did not ask for the equity interest but it was given in exchange for legal work.He said that he terminated his relationship and financial interest with Moonlight Bandit Productions in 2007 for “business and ethical” reasons, explaining that clients sometimes want to change attorneys, and saying he wanted to help Parton facilitate the change. When asked why the project had failed, he said that since he and Parton had parted, he had not followed the matter and, thus did not know.In September 2005, city funds advanced to Parton’s company were used to pay $65,000 in legal fees to Sanford Holshouser. Pearson said that the legal fees charged Parton to set up Moonlight Bandit Productions and to negotiate with Roanoke Rapids were a reasonable cost of recruiting Parton to North Carolina and were the responsibility of the Roanoke Rapids taxpayers.Over a week ago, Carolina Journal asked the Northeast Commission for access to all records of payments to Watson and Pearson from 2004. Comm 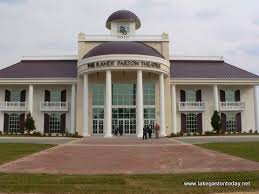 ission Communications Director Anita Johnson said yesterday they are working on the request but it would be after January before they could make the records available.After Parton opened the 1,500-seat theater in July, city officials became concerned with low attendance, the lack of advertising and the lack of any other acts. In September, city officials negotiated a new contract with Parton that significantly reduced his role as manager and lead performer. They also cut his pay from a guarantee of $750,000 annually, to $250,000 per year for five years. On Dec. 6, Roanoke Rapids Mayor Drewery Beale and other officials claimed Parton was intoxicated and sent him home prior to his scheduled evening show. The city has since hired an attorney and is expected to try and get out of paying Parton any further funds. City officials do not expect him to ever perform at the theater again.[…]

In 2011, Roanoke Rapids was still struggling with the bills for this fiasco engineered and orchestrated by state government / Raleigh insiders.   In 2012, Roanoke Rapids OKed electronic gambling in the theatre in hopes of recuperating some of the development costs.

Fast forward to THIS year and the Twitter feed of Nexsen Pruet’s “government relations adviser”: