Well, the testosterone-challenged crowd in the McClatchy newsrooms have claimed the scalp of a poor, defenseless woman who made the horrific “mistake” of allowing Gov, Pat to appoint her poet laureate.  They’re against any and all military actions when our national security is threatened, but — by God — let the governor appoint a non-Prius driver, who has NEVER sat in a drum circle, to the holiest, most sacred position on the state government payroll  AND YOU HAVE WAR.

McCrory started off telling these squealing castrati to pound sand. But then he folds like a cheap suit, promising a “review” of the selection process.  Meanwhile, his nominee is left hanging out there in the wind. 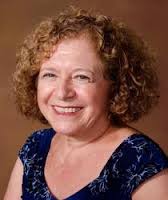 Today, we get word of her resignation.

It’s sad that the nominee – Ms. Macon — had to be put through the meat-grinder like this. She seems like a nice lady. She clearly is a big fan of poetry, and merely wanted an opportunity to expand on that love. Surely, she was quite an attractive piece of low-hanging fruit for the crowd that resents the hell out of the fact that the Rs are in charge in our fair capital city. Team McCrory deserves some criticism for nominating this woman and then leaving her out there to fend for herself.

Tammy Wynette told the ladies to “stand by their man.” McCrory should have stood by his woman.  If you’re in line for a gubernatorial appointment, how confident are you – after observing this episode — that the governor will have your back when the liberal castrati start shrieking and demanding your scalp?

We would have stood and applauded if Gov. Pat would have stood by Ms. Macon, but cut the state money out of the job.  Make it an honorary volunteer position.  I think, if the money  aspect was removed from the position, a lot of the college faculty leeches — and members of the “poet community” — would quickly lose interest.

I personally cannot believe the media has been focused on this non-story for A WEEK. We’ve got the CCA  working with the state to drive up the cost of seafood and force commercial fishermen out of business.  We’ve got a McCrory appointee on the Coastal Resources Commission trying to saddle the rest of us with leftist global warming 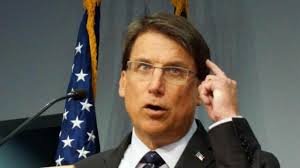 claptrappery for several more decades — driving up our insurance rates and further snuffing out our basic property rights. But the drivebys insist on spending a week — with TEN PAGES of Google search results —  talking about the poet laureate.

Each morning on ABC11 — one of our major driveby news stations in Raleigh — they spend a portion of the news hour showing us Youtube videos and talking about the highlights on the Internet today.  And we bloggers are accused of not being “real journalists”!

If you want to stay informed about what really matters, you HAVE to turn to cyberspace.  The drive-bys in the traditional media are focused on keeping you dumb, dependent, and angry.  The ruling government class is running rough-shod over the rest of us on a daily basis, and our state’s driveby media has decided to be its chief communications organ.