“The ‘Ducks on the Ground’ are likely ‘public communications’ for purposes of the law. It’s political activity opposing Trump, paid for by Americans United for Change funds but controlled by Clinton / her campaign.”  — federal campaign law experts cited in latest James O’Keefe video

This latest video suggests that Woodhouse’s group may have violated federal campaign finance laws and illegally coordinated campaign strategy with the Hillary Clinton campaign. The video centers around ‘Ducks on The Ground’ — a strategy to have a Donald Duck type character stalk Mike Pence and Donald Trump on the campaign trail.  The message?  “Donald DUCKS” paying taxes and revealing his returns. 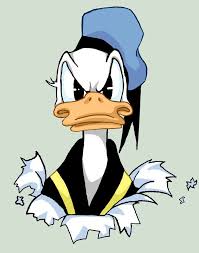 Brad Woodhouse can be seen on camera being intimately involved with planning the scheme.  He even giggles about the idea of the person in the duck mascot costume instigating a violent response.

One of Woodhouse’s employees brags on camera about sneaking activists into Trump events armed with duck-call ring tones on their phones.  The ring tones sound all at the same time, alerting the media and disrupting the Trump event.  The duck mascot would then put on a show and, hopefully, inspire a violent reaction from Trump fans.

O’Keefe’s video suggests that Hillary herself dreamed up the scheme, and that she, her people, and the DNC farmed it out to Brad Woodhouse’s group to carry it all out. 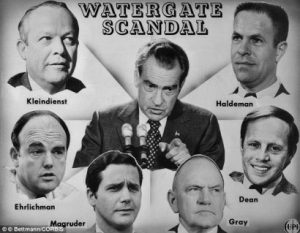 The laws O’Keefe suggests were violated were passed by Congress in the wake of the shenanigans in the 1972 presidential election.  That year, The White House, the RNC, and the Committee to Re-Elect the President (CREEP) conspired to launder money and coordinate questionable attacks of dubious legality on the president’s adversaries.

Federal law now severely restricts coordination between non-profit, third party groups and political campaigns.  O’Keefe’s video strongly suggests there has been a lot of that going on between the Hillary campaign and Woodhouse’s organization.

One thought on “O’Keefe video: Woodhouse group may have violated Watergate-inspired election laws”