We told you earlier about The Round Rev’s lawsuit in federal court over efforts in some North Carolina counties to clean up their voter lists.  Well, it’s in court, in front of an Obama-appointed (and black) judge, who is not happy with the counties:

North Carolina’s process for challenging voters’ registration seems to harken to a bygone era when fewer safeguards were in place, a federal judge said Wednesday as she presided over a lawsuit that alleges voters are being purged unfairly.

Lawyers for North Carolina countered that state data shows only a sliver of names have been removed from county rolls in the past two years — fewer than 7,000 statewide out of 6.8 million registered voters.

Early voting is already underway in the critical swing state that the NAACP has previously sued over other voter access issues. So far, North Carolina’s black voter turnout has lagged the 2012 presidential election.

The NAACP says counties are violating federal law by removing voters less than 90 days before the election. However, state officials say the process complements federal law and preserves due-process rights.

“This sounds like something that was put together in 1901,” she told lawyers for the state.

Biggs also said she was “horrified” by the number of removals in Cumberland County, which accounted for most of the statewide total.

“It almost looks like a cattle call, the way people are being purged,” she told county attorney Rick Moorefield.

He replied that board members didn’t like the process, “but they felt compelled to follow the statute.”

The hearing ended without a ruling, but Biggs acknowledged time was dwindling before next week’s election.

The NAACP lawsuit cites Cumberland, Moore and Beaufort counties, where activists have challenged thousands of voters. The challengers include volunteers with the Voter Integrity Project, which says it wants to guard against voter fraud.

In most cases cited by the lawsuit, mail to a voter was returned as undeliverable, which county boards can accept as evidence the voter doesn’t live there.

Under state law, any voter can challenge another county resident’s registration, resulting in a hearing where the challenger presents evidence, according to a state legal filing. If local officials find probable cause, the challenged voter is notified of a subsequent hearing. A voter who doesn’t rebut the evidence can be removed.

Elections officials and the challengers say few attend the hearings; many have moved without updating their registration. Others have died.

Lawyers for North Carolina said a database shows eight counties removed nearly 6,700 challenged voters statewide in the past two years. A court filing by the state said Cumberland County removed the most — nearly 5,600 — followed by Moore with 790. Beaufort removed 63.

However, there appears to have been a recent uptick. At least 4,500 challenges were filed in the three counties in August and September, the State Board of Elections told the NAACP in a letter. It doesn’t say how many challenges were successful.

The U.S. Justice Department said in a court filing that if the NAACP allegations are true, they represent violations of the National Voter Registration Act.

The Justice Department writes that counties can’t remove voters “using only mail returned as undeliverable and without following specific required procedures,” nor can they carry out “systematic removals within 90 days of a Federal election.”

So, WHEN is it acceptable to clean up voter rolls? Under the law, you can get nailed for having an incorrect address on your driver license.  But it’s *ho-hum* when it comes to the ol’ voter registration?

Let’s see.  90 days in front of an election.  We now have primaries in March and May.  So, if we have to live by this interpretation of federal law here, we’re restricted to cleaning up voter rolls betrween the November general election and December 1st.  And roughly May 10th to August 1.  And apparently we can’t use undeliverable mail as evidence that these people may not exist. 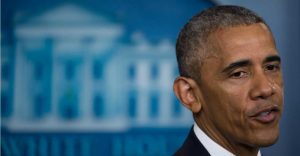 Let’s look at this judge, too.  She got approved by the US Senate in November 2014.  Richard Burr and Kay Hagan represented us at the time.  There is a rule in the Senate that if at least one of a state’s senators opposes a nominee dealing exclusively with their state there will be no vote.  At the time. Burr was all over the map on Biggs.  He offered words of support at first, and then opposed her.

Then, inexplicably, majority leader Harry Reid called for a vote on Biggs and she was approved (via a voice vote).  Voice votes are reserved for items that have no objection.  They’re also great in situations where no one wants their name attached to a vote.

So, Burr didn’t speak up when they asked if there were any objections to the vote.  He didn’t speak up here, and ended up endorsing the judges who struck down HB2 and the state’s marriage amendment.

Those of you who think a reelected senator Burr will stick up for us on judicial appointments need to take a good hard look at his record.  He’s done a great job of getting Obama what he wanted.